Showing posts from February, 2016
Show All

- February 28, 2016
The Chef 's place has always been the sanctuary, as far back as I remember. I became friends with him through Hojam and knew Hojam through The Microbe . We always, or better to say 99% of the time, hung out at The Chef 's. He would call us or we would automatically show up at his door most of the time on Fri, evenings. Many would simply come because he provided free food and many would come just to drink with him. That was free too. Regardless of that, which was an important factor, I must admit, hanging out there was always fun.There was no strippers, no girls, no smoking and no gambling. I might sound very unusual to Westerners here but that's how we spent the night. At times fights would broke out but at least I was not part of anything serious!  None of us ever were broke at the time and everyone either made as much money as he did or even more but no one dislikes free food and free booze. For the later of course you have to be a drinker. It was impossible to get
Post a Comment
Read more

The Winter Hike of Burstall Pass 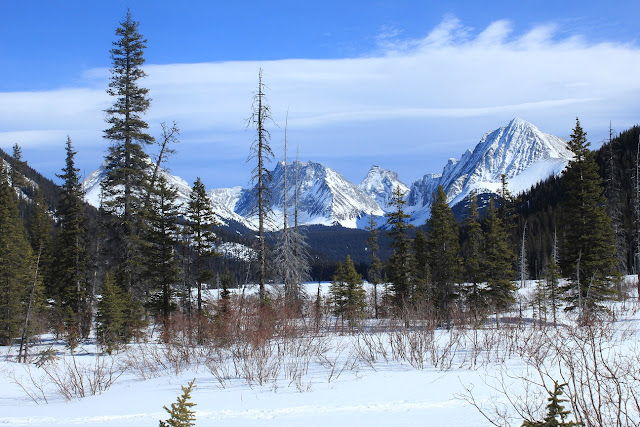 It had been a while since I was out in the nature. There were so many different reasons for that. First of all being out of work completely destroys your mood for anything fun mainly because you know you're spending money without having any income and then you might ask yourself: Am I doing something wrong? Shouldn't I be home searching for job?! Then there was no partner and although I have done the majority of my hike alone, that is a kind of motivation. The car had a problem and I just got it fixed a few days ago. That should be added and then winter is not a good time for hiking unless you're well-equipped and well trained and experienced. Commonwealth Peak in the morning when the sun is not completely up. The picture is not good but shows how deep the snow is in the flat area. Look at the hiking sign. Nevertheless for the first hike of 2016 I decided to do a hike and first I had Skogan Pass in mind and then checked my available material and found something t
Post a Comment
Read more

Land of Poor and Rich Only

- February 25, 2016
In Canada two groups of people live well. Actually very well: The poor and the rich! If you're poor, you get all sorts of helps from the government, non-profit companies and else. You never had to study so you don't have to keep up-to-date! Continuing education and its high tuition mean nothing to you! You buy your cloths from Value Village or receive it as donation. If you want to spend plenty, you buy from Wal-Nasty-Mart ! Your meal is probably consist of some sticky rice, canned food or other lumberjack type(!) which is very cheap. Here I would like to insist that I have nothing against lumberjacks and their food! Lumberjack food is usually called to a food which has lots of Carbohydrate and some Protein but not much or no vegetables or fiber item. This is considered very favorable food in many cultures including India , Afghanistan , Pakistan and other advanced (!) Countries like that.Your hobby is sitting at home and talking or at the most watching TV. In summer the
Post a Comment
Read more 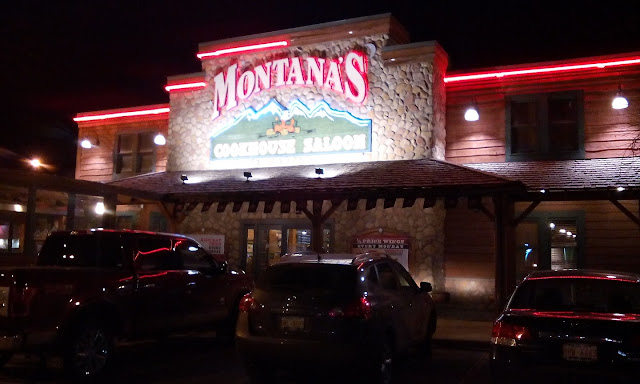 We had a $15 gift card that The Lady had been given long time ago. This was good in a few restaurants and we decided to try Montana's Cookhouse last weekended. The restaurant was crowded and we were asked to wait for 10 minutes. Fine. The wait didn't take more than 10 min. and that had a good impression on us. While waiting we had a look at the menu since that was our first time. Wanted to make sure we got what we wanted. The interior is very nicely decorated. It reminds you of a cottage. It has a few Kayak s and other outdoor activity tools but since we visited at night and there was not much lighting, we didn't see everything clearly but it was nice. The table is covered with a type of paper sheet which to me seemed a smart idea but The Lady found it cheap. I guess they can quickly take the sheet away and replace that with a new one. There's nothing wrong with that. Our server quickly showed up at the table and I really didn't want to spend a lot. So I or
Post a Comment
Read more

- February 12, 2016
I have had a few applications for different things in my life that at a time I felt it would be an ongoing application, forever without a favorable result! They are all related to my life in Canada as my life was pretty normal and easy before that! One might asked then why I moved to Canada ? When I moved the country of my origin was about to take a big nose dive. In fact it had started a few years before I left but the steepness was not much. In the past 15 years this course of decline has been so much that the country now has an economy, education, environment, culture, mentality and morality of the least immoral people in the entire world and there seems no bright future.  Nevertheless the first one was obviously this application for immigration to Canada which I think took some 8 years , perhaps! It's so far away that I can't remember how many years I waited for that and did different things, not knowing that the life would be tougher in many aspects here. And not kno
Post a Comment
Read more

- February 09, 2016
I finally received the first phone call in 2016 yesterday. An HR lady from a company in the city called and talked for about 18 min. She said that she would notify the related manager and if he decides, he would call me for an interview. My resume is not bad and I can twist it in almost every direction to fit almost any position but it's tough out there. Lots of people out of work and I don't have anyone to recommend me.  This would be a permanent position she said and asked me whether I would be OK with $X an hour wage. I was going to say I would even be OK with $X/10 an hour but didn't show me desperate! My situation already shows that I'm desperate, being out of work now for 4 freaking months now!
Post a Comment
Read more 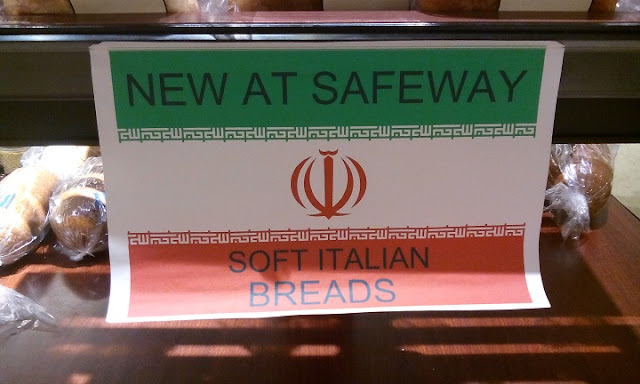 We went to a local Safeway for a little grocery shopping a few days ago and in its bakery department we saw this above sign! Apparently an idiot wanted to used Italian flag to advertise for a new bread in the bakery and somehow ended up using the Islamic Murderers Republic of Iran flag!  I know that people are mostly fucking ignorant particularly someone who works in a bakery of Safeway but hoped at least the store manager would know the difference between the flags! Although that might be a wrong assumption as well. Most of people in Canada has never left the country or if they did have not been further than Toilet Mexico or at the most the US . They don't know geography, history and nothing for that matter. Some have traveled to Toilet Mexico a few times but never to Newfoundland and Labrador ! Ignorance is truly a bliss for many here and they're just happy that they have a pay-check coming to them every two weeks and a pussy to fuck or a dick to suck! Politicians
Post a Comment
Read more 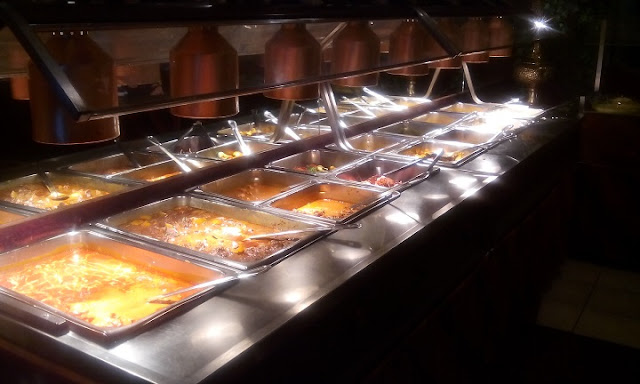 The Chef had a serious problem with drinking and now it's much better. It was so bad that I had to take him to a clinic when he visited me in Squamish a few years ago. There was not a single day that I went to his place and he didn't offer me cans of beer. Now he has switched to red wine! He thinks its healthy and good for him as well as being cheaper. I haven't seen either when he drinks it!  First of all it doesn't seem to be cheaper for him because he buys a bottle of cheap wine for $10 to $12 and finishes it with his meal. Boom! Gone! And then another bottle for the next meal! Second of all the amount he drinks I don't think it's healthy and its disadvantages are more than the advantages.  We went to Radjoot Restaurant this week and being a buffet we both got a plate of food and just after a few minutes he ordered red wine. The guy who actually is very nice and polite brings him a glass of wine and he gulp it down after a few bites!  Then The Che
Post a Comment
Read more 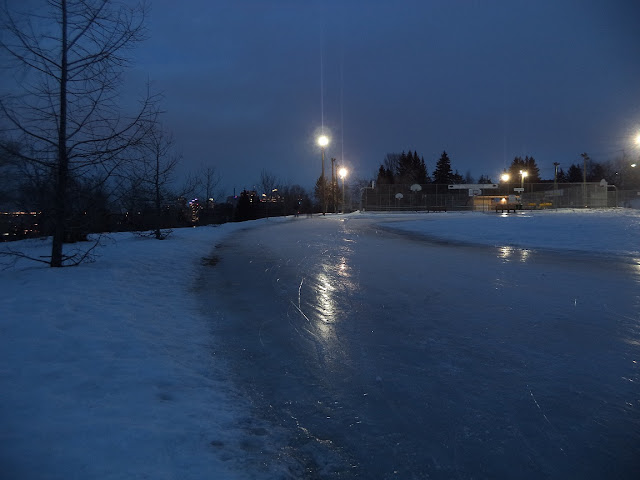 I finally convinced The Lady to go to Shaganapi Park for a skating practice yesterday afternoon. It was her original suggestion but got dis-motivated during the day, a Sun., until finally accepted to go! So we went there and we realized it was crowded! A few assholes with luge and other similar vehicles were pulling kids on the ice! I thought ice is for Skating and Hockey but what can I do?! We decided to do a little shopping and come back and luckily most of the had been scattered. So we geared up and started. It was not bad and after almost 20 min. I told her that we should have left. She said: You're being your Grandma now! She's right this was the story that I had told her about my Grandma and she reminded me of that! Although our family was the one who mostly visited Mara but we have barely any photo. Of course digital camera was not available in those days and we did have a Polaroid but not photo. This shows Mulberry of white kind which is very popular and of cour
Post a Comment
Read more
More posts