Bizarre Encounter of the First Kind(!) 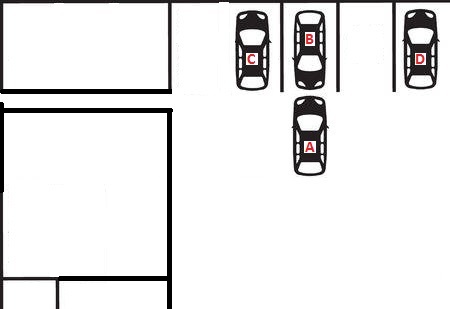 When The Chef moved some stuff to The Brave's basement as his new tenant, we got a chance to have a few chats with him. As usual he talked about business, religion, this and that and we quietly listened and mostly nodded! During his speeches(!) he referred to one of his nighbours whom he had problems with earlier. He referred to the guy as ... bastard several time and told us stories about how big of an asshole the guy was. I thought he was exaggerating as usual.
One weekend The Chef called me and said he would move stuff in there with my help, if I was available. I went there and parked the car right in front of one of The Brave's car which he parks there just to prevent The ... Bastard (I use this to refer to the guy as of now! That's why you see bastard is started with capital B!). I basically stuck The Chef's car to the front of that car, just to leave enough room for anyone who might wanted to move around as it's a Cul-de-sac.
It was not even two minutes that we were in that I heard someone knocking on the door! Surprised as who it could be in that time of the day, an evening of Fri. I saw a big brown guy of East Indian decent with big strange earrings! He said he wanted to leave and we had to move the car and make him to do that!!
I tried to understand what he meant by that. Not because of his language or accent. What he said didn't make any sense. There was enough room even for an eighteen-wheeler to back up and get the hell of the spot! I started explaining to him and at the same time understanding why he was doing that but it was just useless! Everything I said he answered with a bullshit! I finally after two or three minutes realized that the guy was a nut-job and The Brave was not exaggerated when describing him!
I had never had a bizarre interaction with someone in my whole life! There's no doubt that in a society like Canada's there are plenty fucked-up individuals live at every corner of the country! People who never had enough food in their life, people of slums, survivors of genocide, professional criminals who simply ran away from the law of their own country, many more but I never expected something like that. Quite experience! Even The Chef who normally sympathizes with everyone was surprised! When I wrote the story to The Brave his reaction was interesting! It was an string of swears in the e-mail response with asterisks (*) in place of a number of alphabets in them!
(Photo: I tried to depict the situation in this little sketch just to show how crazy that numb-nuts was! To better understand the scenario the vehicles are marked accordingly:
A: The Chef's. It's just parked temporarily as we were moving stuff in the house.
B: The Brave's demo car, I would call it. This car barely moves. It's parked there just to prevent The ... Bastard from park in there!
C: The ... Bastard's. As you clearly see there's plenty room for this shit-head to back up and leave!
D: Another neighbour's. He's just an extra in this scenario and has no role but I depicted that as well just to show the location of vehicles around.
The empty spot is where The Brave's son parks who was not there at that moment. We left it vacant in case he shows up)
East Indians Friends