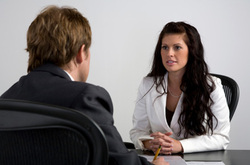 I had my first face-to-face interview of 2021 in the last days of September. This guy was first unresponsive to my reply and then when I sent him the question of when-what time, he scheduled an interview and then rescheduled it. No problem. I went on time. Here was a young Caucasian fella, whom later I found out has the same surname as the company's CEO! He could be his son! With all of the information available these days on the Internet, I also found out that he is graduated from a ranking the 3rd tier(!) school in North America!
It doesn't matter how hard you work throughout your life. If you're the son of a CEO, or a close relative with the same surname, graduated from an unknown(!) school, you can simply be a manager(!) and that's what he is. The interview took about half an hour and he was the only one attending. The job would be in Calgary and they offered me $21 an hour! I said that was fine because I'm hoping that I can get myself out of this toilet that I'm stuck in, at the moment. He didn't ask many technical question because he's not very technical himself! His questions were very general: Have you done this? Do you know that? When I mentioned two major welding standards, he seemed like he heard them for the first time but that is okay because they're not a welding-based manufacturer. He didn't even mention anything about ISO 9001:2015 while their company website indicated that they're a registered company. I guess his main concern was the ability of the candidate to be able to cover all of their needs, time-wise!
I saw he had a bunch of resumes on his clip board and he has been the only one who I saw reading interview questions from a paper! That was interesting. I only have seen that in Government jobs.
(Photo: My interviewer was not as attractive of this but I think my chance is not bad! Not that these two have anything to do together!)
Career Engineering