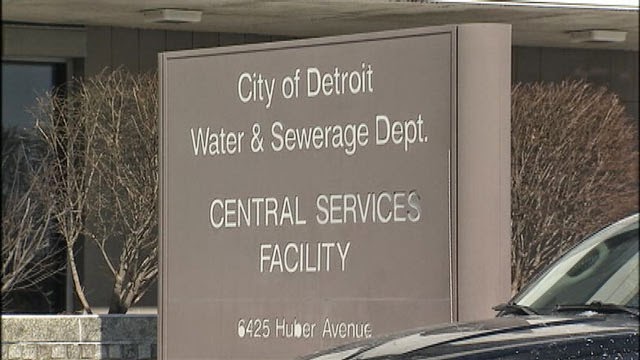 The City of Detroit in the State of Michigan got to a big trouble a few months back. It went bankrupt! It was obvious to me why something like that had happened. Excessive spending, overpaid employees, over-allocation of the resources, etc. Things you see probably in many municipalities around the world. I have seen it in Tehran and I've seen it in Calgary. There is a small pothole at the size of a bit bigger than a frying pan(!) and there is a group of 6 workers and a truck to patch it!
In Tehran the municipality became the gem stone of the country for all poor and hungry. I personally saw city garbage and cleaning employees who made a dwelling out of a public bathroom in a major square of the city to be able to save as much as possible out of their big salaries which they had never seen in their lives, in generations!
Open the City of Calgary website and look at the positions that the municipality defines and their earnings! I'm sure that's what happened to the City of Detroit as well. It's crazy! There are other problems with the City of Calgary and its Mayor but I'll let them out of this discussion.
Another problem was emerged just yesterday, I guess, and that is the people who have not paid their water and sewer bills for months. They simply say: The city cannot make me pay. I get away!
It's understandable that people have financial difficulties but fighting with their own city water and sewerage department and feeling tough over them, I don't think is right. So people live their daily lives but just don't want to pay this specific bill, maybe other ones too. The City starts giving them warning and then offers financial help, such as payment installments, to make the citizens pay. They don't comply. The city decide to shut off the water for the customers who have not paid their bills for months. People start screaming about Human Rights and maybe Lefts!
They show this extremely heavy (fat) African-American lady who is said is a single mother, on TV, and she turn the tap and nothing! Her human rights have been violated!
First of all she did not have to be a mother, if she could not afford. Has she ever heard of a condom or Morning After?
Secondly she did not have to be single. She likes to fuck men and give birth while she doesn't like the men to live with and take care of the child?! Or maybe the man left her which cannot be fully blame her for that.
After that why doesn't she go on a diet so part of the money she spends on food could be saved to pay her water bill!? She must be over 200 lbs.!
And last but not least why does she have to dye her hair blond if she cannot afford her basic bills?!
So this is the new and true meaning of Human Rights in the Sates now: You can fuck around and pork around with everything and everyone and can stay unharmed!
(Photo: Water and Sewerage Department sign of City of Michigan. The photo is selected from internet)
Western Culture