Not a White Christmas 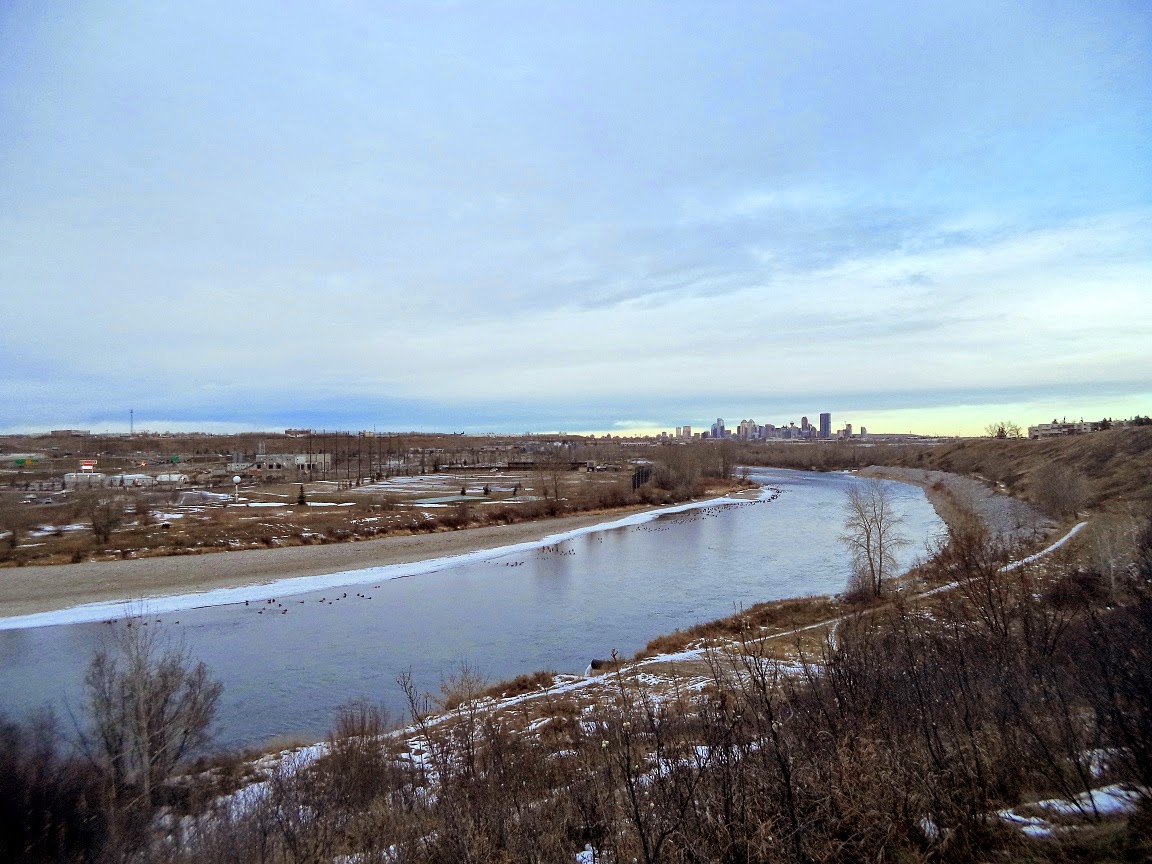 I went for a walk and run in the morning today and although it had been said that there would be a chance of snow or flurries, I saw mostly a partially cloudy sky by Bow River. I start my walk at Carburn Park at the east side of Deerfoot Trial, went north on Bow River Pathway and went back. I ran a few last minutes of route and went to the other side of the river where there is a fenced off-leash area and I assume it's Sue Higgins Park. At least it's what Google Maps shows! This actually is a very good idea that has been executed by the municipality because at times it's really frustrating dealing with the dogs on the pathways. They come to you and some expect you to pet them and some look for treats. Just today I had to watch at least 4 damn dogs that the idiot owners did not have them on leash.
Anyways the weather was cold and although I had enough on, I wasn't very comfortable but finished my exercise. Workers were working on the ice rink to make it ready, I guess for tomorrow. I also saw city workers in Prince Edward's Island doing the same thing. We haven't started our skating yet and we should or we will not be ready for the time we will have to go to Olympic Oval.
(Photo: Bow River and Downtown Calgary in distance from Bow River Pathway at the east bank of the river)
Exercise Weather