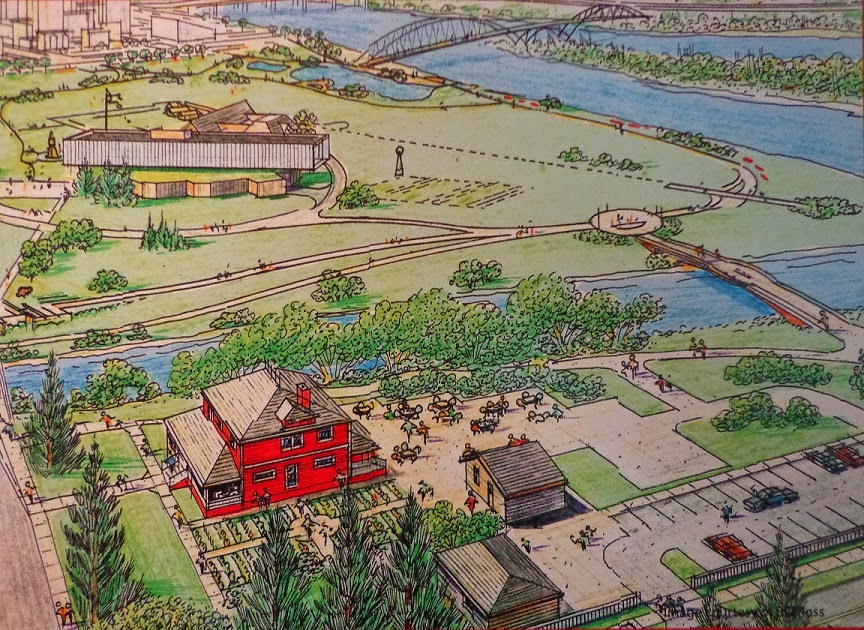 The Government of Canada has this new wonderful program for the new citizens that they are given a pass which entitles them to discounts and free admissions to a few of the attractions around the country. The Lady received one a few weeks back and based on that we decided to use it for the first time yesterday.
And what a coincidence it was when we chose to go to Fort Calgary: We had a two wonderful hours plus it was the 141st birthday party for the RCMP. so we joined the celebration.
The admission to the fort is $12 which worth it for someone who is into the history of the City and likes watching and reading and occasional listening. We were lucky that the birthday party was going on. We got the chance to take photos and have a little chat with the retired officers especially one who had served in B. C.
Fort Calgary is the birthplace of this city. We were told by one of the retired gentlemen, the retired members of the RCMP, that the high fence around the fort was once taken down to use the wood and lumber for building dwellings and that was the start of a city that we live in today. Of course there is a whole lot more history behind that but 1875 was the beginning of the City. There is also lots of history about the North West Mounted Police which later was renamed to Royal Canadian Mounted Police because as I stated earlier the city's beginning was from the fort which is similar to a military force base.
Only two out of many buildings of the developed fort are left today: The one which the exhibitions are in there and another one at the other side of Elbow River and is a restaurant and under renovation.
(Photo: Today's Fort Calgary by Elbow and Bow Rivers. The main building and the restaurant are seen but this is the plan for the place. This entire plan which includes Fort Calgary renovates and develops what is called the East Village)
City Sightseeing