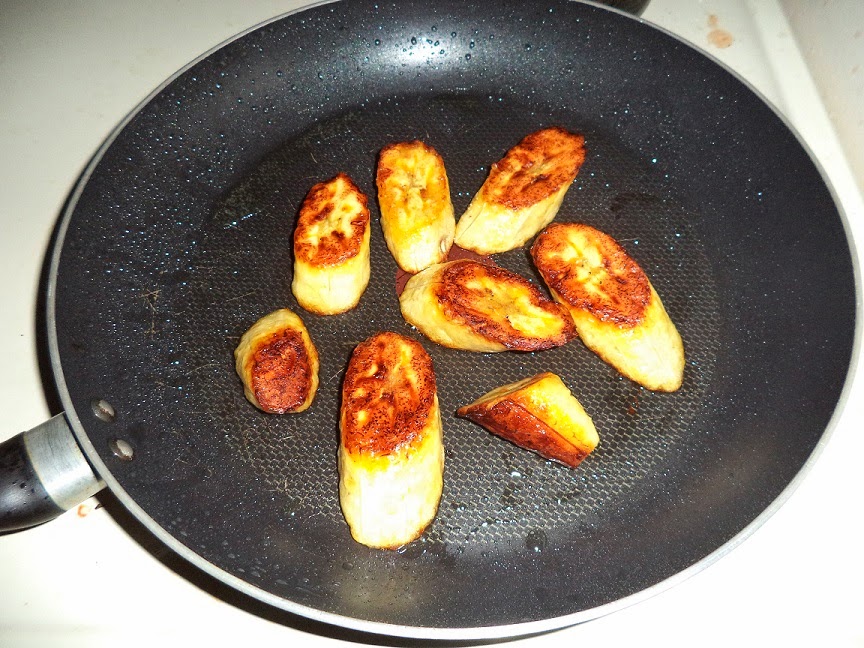 One of the imported food, or maybe I should call it vegetables, among many, as Canada does not produce much, is Plantain. This tropical vegetable/fruit looks very much like Banana in a way that many unfamiliar people might even know the difference. Plantain is bigger and its skin is darker. When you are peeling it, the skin comes off harder and the smell is completely different from Banana's. There is no resemblance in smell. So if you keep it close to a blind-folded person, there is no way it could be said that is a fruit which looks Banana very much.
Plantain is one of the important foods in South America. It is similar food to Rice in Asia and Potato in North America: The important source of Carbohydrate. Looks like people in South American nations simply fry it or boil it depending on the ripeness, before eating it which makes it a comfort food! In Asian countries simply pour some rice to a pot and add water and salt and that will be it. Similar. I saw Plantains in green and yellow colours plenty of times but never intended to try. This time we got one and I realized that, as it was mentioned, the preparation is very easy. As Plantain is not as sweet and appealing as Banana, people usually add sugar or other sweet stuff to it, at times drizzled.
What I did was simply peeling the skin off and frying it. I just put the lid on and let it core-cook for a few minutes. The result was not bad but I have to say I was not impressed. I could have added sugar or other similar stuff but the fruit/vegetable by itself was unhealthy enough for me: lots of Carbohydrate! I guess it could be added to the other meals as a side items and enjoy but I'm not crazy for it!
(Photo: Fried Plantain, soft inside and crispy outside. I could have chopped it to smaller pieces)
Food