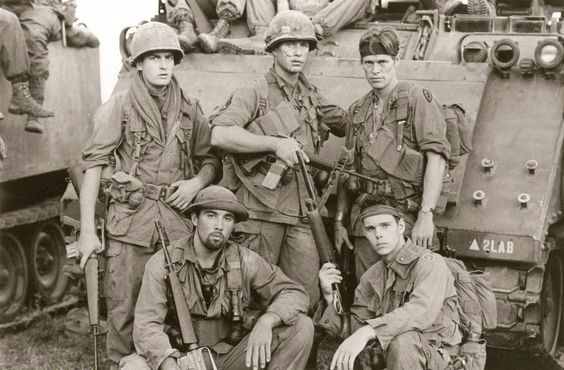 I once wrote about the people who join military and how similar they are everywhere in the world. That seemed not enough to understand the situation until I got enrolled into CAF. There after awhile I realized what Charlie Sheen, playing Taylor, really means when he says the following in the beginning of Platoon:
...
Live up to Grandpa did in WWI and Dad did in WWII.
Well I'm here anonymously
With guys nobody really cares about
Most come from the end of the line
Small towns you never heard of
Pulaski, Tennessee. Brandon, Mississippi. Pork Bend Utah, Wampum, Pennsylvania.
Two years high school, about it.
If they're lucky a job waiting for them in a factory.
Most have got nothing.
They're poor. They're unwanted.
Yet they're fighting for our society and our freedom.
It's weird. Isn't it? At the bottom of the barrel and they know it.
...


The situation in CFLRS is not very different from that. I bring a number of examples here just to show. I'm not trying to prove anything or demote CFLRS. It specks for itself:
1. A graduate of History joined up to follow a trade in the Royal Canadian Air Force. No doubt his chance of getting a job somewhere is very low. He worked as a security once.
2. A Fitness Trainer joined up said she barely afforded her bills. I asked if she knew anything about her trade. She shook the head in response and looked me in the eyes! She has selected Logistics!
3. A Property Photographer tried to join Royal Canadian Air Force. The job is well-paid he said but it's not stable and permanent. Has many ups and downs, he added.
4- Many people from Atlantic Canada join CAF, mainly because first of all not many jobs are available in that area and there's a major naval base in Halifax. So majority try to settle their life by having a career with Royal Canadian Navy.
5- Many boys and girls come to CFLRS simply because their families are Farmer and they are tired of that life. They don't know that military life is not much easier!
There are hundreds of these examples but I don't need to provide more. But why am I bringing this up here? It's simple. When you have nothing, it's actually a blessing joining military and the following wouldn't bother you:
1-Unnecessary, countless and useless rules of the school.
2- Mediocre, bland and in a nutshell crapy(!) food
3- Being confined in a prison-like environment.
4- Being shout or cursed at, almost every day.
5- Extremely low hygiene environment.
6- Limited access to beverage and food outside the three meals a day.
7- High sleep deprivation.
8- Wasting money on unnecessary services and items such as $13 haircut every 2 weeks, purchasing lots of items from Canex, the military store, which actually takes the money that recruits are paid back to CAF! Many of the items are thrown out and never used.
9- Spending the money received from CAF on Subway sandwiches and other food and snacks from vending machines and Canex and local fast foods and restaurants by feeding them crap food!
10- Bathing and showering in a bathroom as big as old telephone booths!
In a nutshell CAF has advantages and disadvantages. For me it was a huge disadvantage because I hated all the above. As well why would I waste my all life in such a controlling environment? Just because I'm being paid a reasonable pension?! What use does that money have for me when I'm old but paying for my medicine and other basics of life? I would rather being paid a little less or even a lot less but have my freedom! I would rather to have the following freedoms that CAF deprives you of them after being a member:
1- Freedom of going to any physician, dentist and in general any healthcare professional I choose, not the unskilled and inexperienced, mostly, people that military has and want me to see them.
2- Travel anywhere in the world, any time I want to. Not writing to my superior and asking for permission and giving them a reason for my trip.
3- Living anywhere in Canada or any corner of the world, I desire, any time I want. Not being passed from this base to that base like a baseball!
4- Eat whatever I want and whatever I cook. Not the disgusting food that CAF's contractors feed me.
5- Wear whatever I want. Especially I don't have to wear the stupid woolen Beret of CAF ever again although I know most of the recruits don't have to wear the Beret after graduation. However the whole idea is extremely stupid because of the material that it is made of.
You make your decision based on the above facts.
(Photo: Charlie Sheen, first from left and other main characters of Platoon having a picture taken in front of an armored personnel carrier)
Career Job Movies Western Culture