Hellmann's Sends you to Hell, Man! 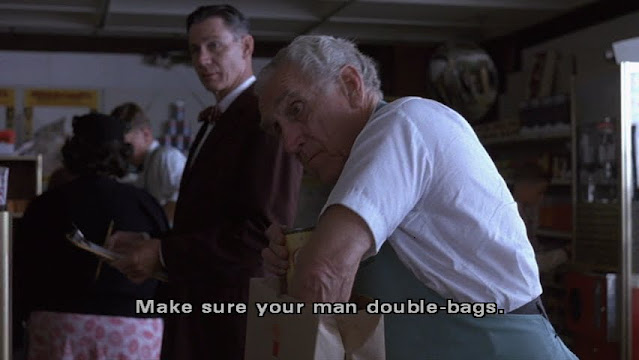 Grocery shopping is at times feels interesting to me. I generally hate shopping, and that was one of the issues I had with my wife when I was married but at times I find it fascinating when I go to supermarkets for food! Most of the supermarkets remind me of the scene in The Shawshank Redemption where one old inmate is freed after many years of his sentence, I don't remember his character's name though, and is given a job at a grocery store, as a bagger! How does it remind me of that? Same disgusting crap which used to be sold in the 60's is still being sold today in year 2022! It means no improvement has been made in the eating culture of people here in Canada. The so-called food which could cause all sorts of health issues are poured into stores! There are isle in a supermarket that I never go to! Here is a few example of the so-called food that I always have avoided:

1- Canned meats, vegetables and fruits
2- All sorts of dried meat under the title of Jerky! god (with small g means I'm not referring to the god that everyone else does!) knows how much and what variety of preservatives and chemicals are added to them!
3- Frozen meals of different kinds and varieties.
4- All sorts of non-alcoholic beverages in different colours, perhaps tastes and in different nice bottles and cans which makes customer to grab them!
5- Different sorts of so-called fruit juices, some so strange that I'd say a Grade 5 kid should know that's not real! All loaded with sugar, colour and who know what else!
6- Variety of chips made of everything that you can imagine, from potato to corn, vegetables and so on!
7- Different types of milks. This one is out of this world! You can get anything from microfiltered milk to lactose-free(!) and other strange types. Lactose-free milk?! Perhaps something like meat-free Burger!
It seems that food companies are making good profit in general. One damn stupid item I encounter today is called Hellman's which you see a photo of it's jar here. Let's see what's wrong with this piece of shit:
1- There's no mentioning of what product this jar have, at a glimpse! However because it's located in Salad Dressing section, next to other items of the same nature, no one's concerned! I don't know what the hell is the problem with these fellas at the company that they use Mayonnaise Type Dressing in fine print! Is that a Patent(!) thing or something of similar nature!?
2- It's indicated that whatever(!) it is, it is made with Avocado oil!!! Bullshit! How could you sell a dressing that is made with Avocado Oil at the same price as a dressing that is made with Canola or similar oil!!?? It's like you sell Premium Gasoline at the same price as Regular??! It's a proof that a fraudulent company does everything to sell their products!
3- This product is always on a shelf in a supermarket, similar to many others. Only the company know how much preservatives have been added to this product to increase its shelf-life and saves it from being refrigerated!
The above is observed only by looking at the item and reading part of its label. I'm sure more is to be known about it if we read the other side of the label and do food safety tests but who cares?! People's understanding of food in Canada is similar to my understanding of a Soyuz Rocket design! They simply don't care!
(Photo, top: Much cannot be seen in this still from the movie but what I wanted to say and it's in the post is nothing has changed in food industry in decades in North America except the fact that the food companies use more and more tricks to sell their products. Paper bags are being re-introduced in supermarkets. The only good thing which is not from the food companies, of course!)
- January 09, 2022
Email ThisBlogThis!Share to TwitterShare to FacebookShare to Pinterest
Labels: Food, Shopping, Western Culture