Run and The Intruder were Watched 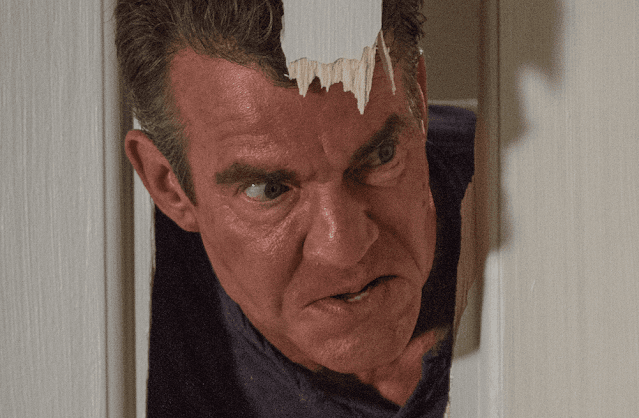 I went to Lazy Ass's place since he has gone back to his original home, his Dad's, where he was kicked out from(!) almost a years ago, twice, recently and we watched two movies on his big screen television.
The first one was The Intruder which was not actually very bad but hasn't received good reviews. It's an okay movie. I like the new idea of the way that someone, who continuously breaks into a house, is shown in the movie. I'm not going to reveal that to avoid spoiling it but I had not seen something like that in any movie before. So that is why it was interesting and new to me. Dennis Quaid's performance is good. I had not seen him in any movie before this one but I think I heard about him on the news once in regards to something he wanted to do in Canada, maybe seeking asylum(!) more than 10 years ago! But then I realized that it was his brother, Randy, who has a long history with different US law enforcement agencies and stayed shortly in Canada and now is back to the US!
Nevertheless the movie worth watching once. The other movie we watched and that was yesterday and it was much better is called Run. I give a brief description of the story so perhaps you would like to watch:
This is the story is a young teenage girl, and a beautiful one too, who is trying to get admission to a state university and find it, surprisingly, that it is not happening despite the fact that she is a smart and hardworking student who is home-schooled by his mother. I'm telling this much because I don't want to ruin it for you. It's a good movie and I'd probably watch it for the second time. It's in the same genre as Silence of the Lambs but not as complicated and not as good.
(Photo, top: Dennis Quaid in a scene of The Intruder. It certainly reminds movie lovers of the famous scene of Jack Nicholson in 1990 The Shining. That is, probably, one of the reasons why the movie has not received good reviews: Many similar scenes from older movies)
Food Friends Movies