The Tailor was Thrown in the Vase at last! 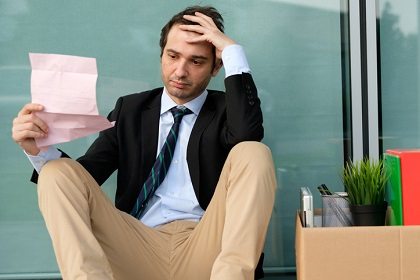 The Mumbling Guy, my Indian (or as it's said here in Canada, East Indian! No offence to either ones!) buddy from work usually doesn't call me or any of his friends, if we can call them friends! He is too important to call other! Others must call him. Newlywed , the other East Indian buddy of mine who called him Baee (Hindi for brother) has a problem with that and said once that he wouldn't call him again, ever! I know he cannot resist that but I didn't say anything. This doesn't bother me because I know how big of an idiot and asshole The Mumbling Guy is! I'm fine with that.
I usually send him messages or at times call him. I sent him a message about the XL Pipeline Project being cancelled after years of the struggle with different US administrations, yesterday. Everyone in Alberta who has ever worked in Oil Sands and the related industries, everywhere else in Canada, knows that the project is critical to the industry. This was a problem from the time I was working in Oil Sands and Obama was the president! Now two presidents after him, Biden, the first thing he did, after going to the office, was to cancel the project and yesterday it became official by the company.
So, as I said, I sent him a message about the cancellation and his response was a bit odd: We will switch industry, if we have to! This is said by someone who has not stopped making money besides his office job, starting maybe, I'm not sure, 5 years ago! He has bought old houses, renovated them with cheap material and has sold them! He,told me, has started a small manufacturing business to make masks for the recent Corona-Virus disaster. I don't know if he has succeeded or not but he once told me he had lost over $100,000 because the money he had paid for the machinery, was stolen from him!
I have said all of the above to introduce his character to the reader and now another thing: From the time I worked with him with that silly company to the time I was laid off and he still was on, he didn't do anything else but making fun of the other, being a big ass-kisser and in a nutshell being a colossal asshole! Even I, whom was his closest buddy at work and we would go to seminars, meetings even lunches and exhibitions together, was not immune! I remember there were two times that we had to go to a local supplier to attend a meeting, discuss issues and do inspection and both times it was very cold (way below -10 ℃) and he sent me, instead of going himself and gave me a silly smirk on his ugly, monkey-like face and said that I had to go. One was in Calgary and the other one was in Edmonton in the middle of a snow storm(!) on the way back.
So I called him yesterday after he had asked me. He could barely heard and his voice was shaking! He has been laid off as well! That was when the Persian proverb came to my mind: The tailor was thrown in the vase at last! What that means is, and that is the story behind this proverb: There was a tailor whose shop was on a very busy road/passage. He was able to see all of the comings and goings of the town while working. So if there was a funeral, he would drop a small rock in a vase he had kept close! One day when two guys were passing his shop, they realized that it was closed. One asked the other: Where is the tailor? The other one goes: He was dropped in the vase, at least!
Yes. The guy who always happy when people lost their job, now he is so miserable that he can barely talk! I know he is financially okay but the fact that he is not having revenue, no money is deposited to his account bi-weekly, is tearing him apart! I'm supposed to see him one day soon. We'll see what he says.
(Photo, top: A typical reaction once a person receives his lay off letter)
Career East Indians Friends