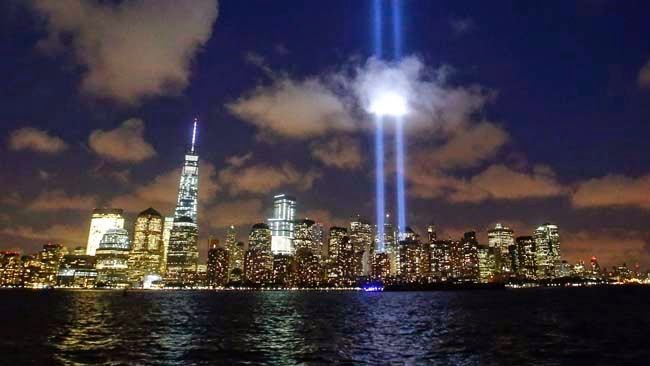 I remember the first anniversary of Sep.-11-2001. I seems to far away now. I was working in this meat packing company and I was on a non-stop chain. They halted the production line for 1 minutes to respect the victims of the attacks which is said were more than 3000 individuals. It resumed immediately after that and that was the only year they did that. All the other years after that, there was not such a tribute as I worked another 3 years in there.
I didn't say much in the news today and it seems a forgotten unfortunate incident in the history of the US and of course the world.
Lots have been said about that day, before and after it, whose fault it was and who did it. I'm not going to discuss them here but would like to point at Michael Moore's movie Fahrenheit 9/11 as a good source for the ones who are looking for the truth.
(Photo: A memorial site has been erected in the place of the World Trade Center towers in New York City, NY, a city that I will visit soon)