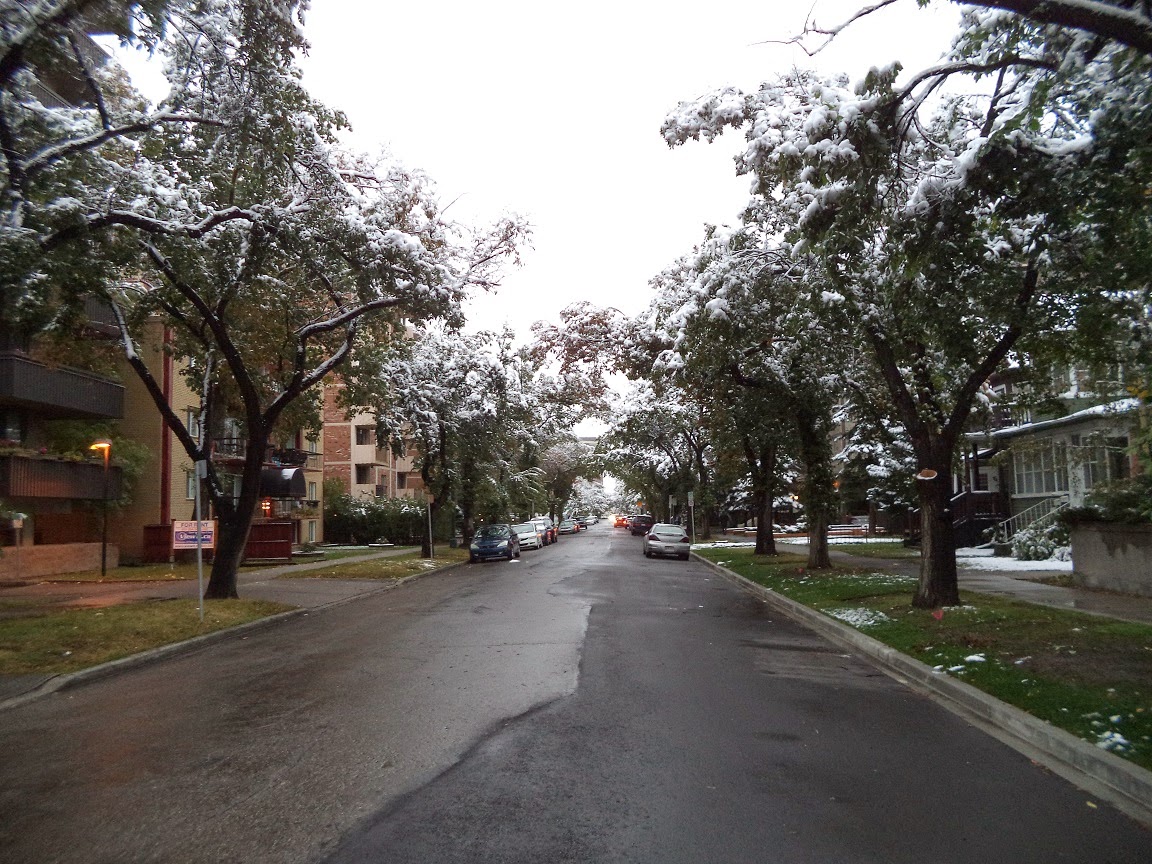 When I saw snow on Mt. Sparrowhawk trail the day before I realized there had been snowfall during the past week although it was a hot and sunny day last Sat. However I was not expecting any snow for today because weather forecast only was mentioning rain.
Then I woke up early morning from the noise that heavy rainfall made. It was around 05:15 AM, I guess. It continued when I was walking to work and then turned to horizontal, very fast snow and carried out up to 05:00 PM and later 06:00 PM. It's still snowing but it's not as heavy as before. The forecast says sunny and partially cloudy weekend but with this amount of snow in the city, I can easily imagine how bad the high elevation would be, making a long hike/scramble very dangerous. We'll see.
(Photo: This picture was later taken the next morning. The snowfall continued with several breaks in between but because of not very frigid temperature and rainfall before that, not much is accumulated on the ground)
- September 08, 2014
Email ThisBlogThis!Share to TwitterShare to FacebookShare to Pinterest
Labels: Weather