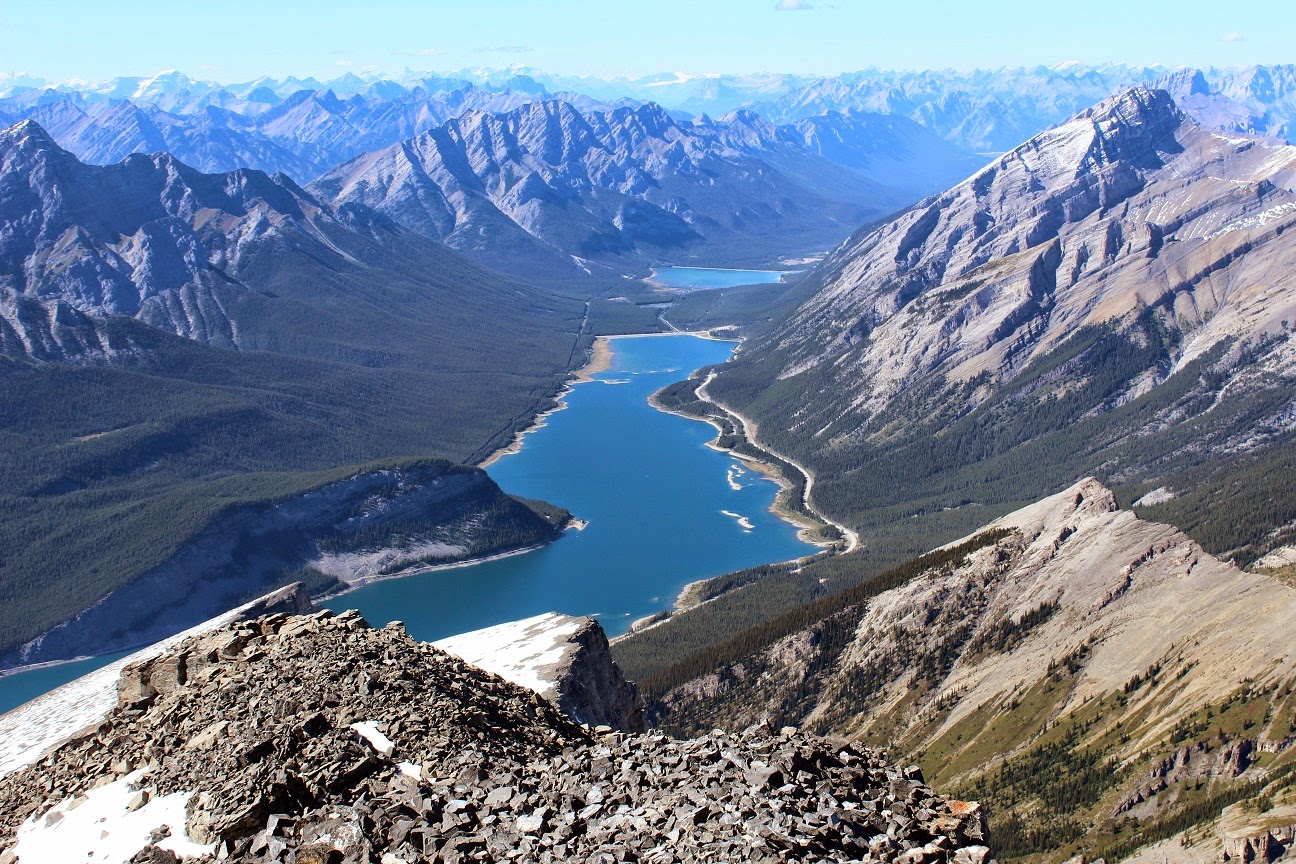 There was nothing special on the way down. There were a few good photography opportunities that I used them all. There was no sign of the two Caucasian girls. I guess they had returned. When reached deeper down and close to the streams I could not resist and filled up my bottle and enjoyed the water. I guess it took around 3 or may be 03:30 hours to reach down. I guess it was a good achievement considering the other individual's effort and the time I spent. Scrambling Mt. Sparrowhawk gives nice views and good exercise but performing that in earlier time of the year I bet would be better because of the vegetation and wildflower availability. For me that is it. Every summit is done once.
(Photo, top: Spray Lake Reservoir, the dam and many Kananaskis mountains that I cannot recognize them and of course Smith Dorian Trail from the summit of Mt. Sparrowhawk)
Hiking