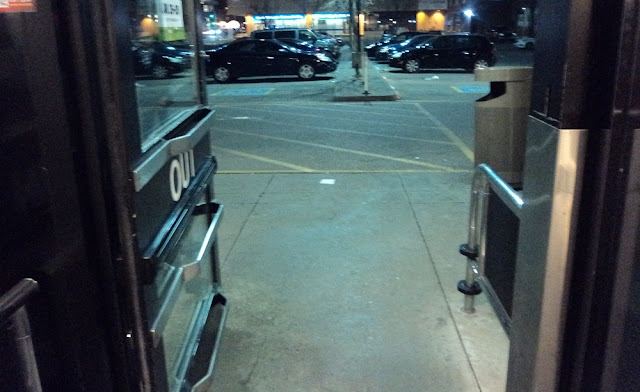 I and The Chef were in a Safeway supermarket a few weeks ago when I saw a guy jumped out of the door and grabbed a basket which was being carried out by a man! It was obvious that the man was steeling the food but I don't know what he was thinking taking the basket out! They would stop you even if you paid for the grocery and were walking out with the basket in your hand. I was looking and the thief (or shoplifter) smiled when the Loss Prevention guy caught him! He then simply walked away in bright day light and the catcher did not! I only grasped the story when the Loss Prevention guy walked backed into the store with the basket and I asked him what had happened. The thing is he did nothing after that. I guess this is common practice that when a person is caught shoplifting, they would let him or her ago as long as the item(s) is (are) available. The basket then was delivered to the Customer Service desk and I saw him explaining to the staff.
However the climax of the story is here: When the basket was grabbed, a few pieces of cooked Chicken Wing was dropped on the ground. The guy collected them and put them back in their container! I bet the person who has bought that basket of food enjoyed that very much!
(Photo: This picture, taken later of course, shows where, approximately, the shoplifter was caught outside the door. It was somewhere near that white square. There still might be signs of that oily Chicken Wing on the ground! For those who may wonder, this photo is uploaded only because I believe a post has better meaning when it comes with a photo. At least for myself!)
- December 13, 2017
Email ThisBlogThis!Share to TwitterShare to FacebookShare to Pinterest
Labels: Shopping, Western Culture