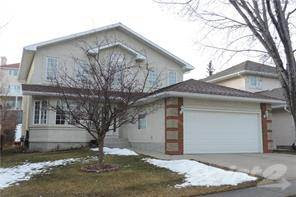 The ultimate goal of every one in life is buying a property and enjoy the possession of that. Although it's much harder now but people still have the same mindset. I remember volunteering for this organization when I overheard a young girl, probably not older than 24 or 25, telling someone that she had purchased a condominium. I never thought of buying a property until recently and that was mainly because I never liked the job I was doing. I always thought if I don't like the job and one day had to quit, what would I do with the damn property!? Many may say sell it! But it's not always as easy as that. If you lose your job and the market is down and there are no buyers, you end up on  streets! I am also very conservative when it comes to purchases of big items. An example of that would be selling my brand new car back in 2006. I had a brand new Toyota which somehow I decided not to buy insurance for it for nearly 2.5 years!! Of course I got caught eventually and had to pay for it but I got scared and sold the car for $5000!. It only had  36,000 Km on it!
With that in mind I was listening to a lady at work who was talking to others and she used the tem home-poor, a term which I had not heard before that and what a great expression! It refers to the people who buy expensive houses, of course to show off, while they don't need it and that takes the majority of their income. Then they won't have anything left to spend on other aspects of life.
For me if one day I'm able to purchase the property, it will be in a fashion that I pay the majority of it in advance as down payment or I won't buy at all. Why the hell would I become a slave to a bank?! I'm already slave in this society, to many major companies and so on. That's enough for the rest of my life. After all living as a tenant doesn't bother me either as long as crackheads and assholes are not too many in the building and neighbourhood!
(Photo: A typical house in Calgary, in a neighbourhood which is considered good, somewhere in Northwestern quadrant. There is at least 30 min. drive to Downtown. It's either the price plunge or the distance from the city center because it is priced at nearly $600,000 while it has 5 bedrooms and 3 baths. I hope neither the owner nor the realtor get upset that I used this photo although some might consider that free advertisement!)
- December 17, 2017
Email ThisBlogThis!Share to TwitterShare to FacebookShare to Pinterest
Labels: Financial, Western Culture