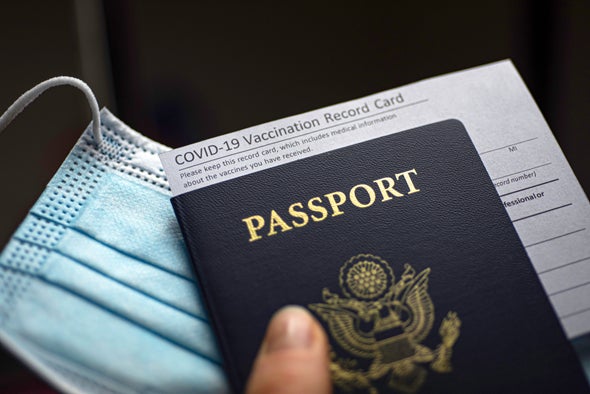 I got my second immunization shot this week, finally. It was different this time. I got Pfizer which in comparison with AstraZeneca didn't have any effects on me rather than the soar shoulder! I had not ask for that but when the pharmacist handed me the paper, I saw the brand was different! This time, unlike the last time, he handed me an ice pack and asked me to put it on my shoulder! This and no affect at all, made me think that he could have cheated me by simply giving a, say, Flu vaccine!
Some might ask why would a pharmacist do that? There are reasons for that although I cannot prove that's what he did! They could sell that Pfizer doze to, for example, people who are travelling to the countries that receiving vaccine requires longer wait. This came to my mind especially when I put the pharmacist name, which I'm not reveal here, next to the other two factors! Call me crazy but when it comes to greed, especially in Canada, and by people who come from countries that buying a pair of shoe was a dream, people do anything to make a few more bucks!
I sat there for about 10 minutes and held that ice pack on the spot. I noticed a Canadian woman walked on the pharmacist with her passport in her hand! I couldn't hear everything they said but I heard the fat pharmacists goes: We don't do that! It was obvious that the woman, in shorts and in her late 50's to mid. 60's wanted him to indicate in her passport that she had been vaccinated! What a great country with so many genius people! I've heard that we might need a third dose and even more, some say, every six months! It might happen because these greedy companies never stop bringing money to their accounts!
(Photo: An American passport, a medical mask [which is useless and is for show only!], and a vaccination record card. It seems that two more things are added to our list if we're going on a trip, these days)