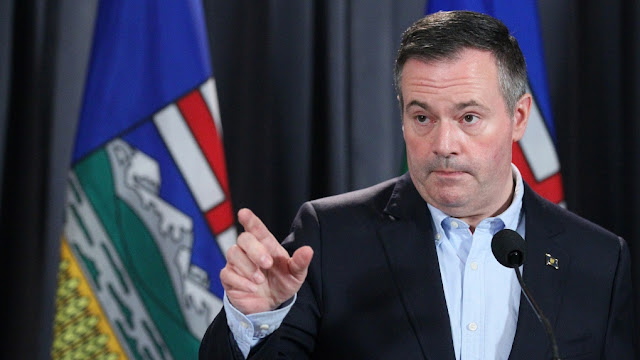 Alberta Health Services or for short AHS is probably one of the most ridiculous organizations anyone could find in the entire world! I remember when I first migrated to Canada I had to pay a monthly fee to use the services. It was the biggest pain in the ass because I always thought that if I take care of myself and am careful about what I eat or drink and consequently do not need AHS that much, why the hell should I pay them?! Is that because I want the drunkards, drug addicts, fat-f*ucks, smokers and other careless people benefit from that! I certainly would not like that!
My bills, most of the time on those days, would sit on the counter for weeks and then they would get accumulated and perhaps, I don't recall, there was penalty for late payment.
Then I moved to British Columbia and the same s*it was there except the fact that Brit"SHIT" Columbia is 1000 times worse than Alberta in every and each aspect of life, unless you live outside the freaking Lower Mainland which is a bit better! I don't remember how I used to pay or how often I was late but I lived in the province from Mar. of 2007 to Jan. of 2011 and it was not very pleasant. When I came back to Alberta, the AHS fee had been removed and now they're in so much sh*t in terms of expenses that they have planned for massive lay offs. The new Provincial Government has announced thousands of positions to be removed within the next few years or so.
This is the result of years and years of careless spending! Wasting millions and millions of dollars on people who stuff themselves with garbage, drink too much alcohol, smoke weed and other shit, you name it. Paying hundreds of thousands of dollars to African refugees and Filipinos to walk around clinics and hospitals and collect a bag of 100 g(!) garbage or run a mop on the floor!
I give you Sheldon Chumir as an example:
You go in there and there are security guards sitting in a booth(!) because in this society sex offenders, drug addicts, drug dealers, thieves, carjackers, pickpockets, drunkards and such are free to roam around! So you'd need security guards, probably as many as 4 in every shift, to protect the staff, the property and some of the patients! Then there are nurses who initially check on you and then you'd go to registers and then after, depending how busy the clinic is, hours(!), you'd go inside and then would wait there again for, at times, up to half an hour. There inside you'd see physicians, nurses, cleaners and other support staff. You'd see hundreds of thousands worth of different supplies which get's replaced, removed or thrown out quite frequently by the support staff who have easiest job possible with a good rate, mostly from African refugees or Filipino workload. I'm not against cleanness, organization and tidiness but you have to consider your options and costs. These all cost hundreds of thousands of dollars a day and when the money is scarce like now, the luxury might not be available anymore and then you's have to kick half of the staff out, some of them all the way back to Africa! Although that will never happen! Those people do whatever it takes to stay in Canada! It's the nurses and professionals who would suffer.
The same story applies to other parts of Provincial and Municipal Governments. Overstaffed departments and over-paid staff everywhere. It was discussed on the radio a couple of days ago that the public sector employees have better pays and more secure jobs and of course, I would add, less stressful and easier things to do. When they were asked to give up a small portion of their salaries, they were not very happy. How would they spend excessively and enjoy the luxury life they have, if they did?!
I remember the time I briefly worked for a small municipality in British Columbia as a contractor. Seeing the city employees and the way they worked and lived was a surprise for me at the beginning but then I got used to it and then hated them! slacking on the job, wasting money by just simply sitting around, idling city vehicles, doing a job of one by two are just examples of how municipal employees work. We'll see how this is going to shape in 2020.
(Photo: Jason Kenny, originally from Oakville, Ontario became the 18th Premier of Alberta this past summer. His government announced this wonderful[!] news about AHS just recently)
Governments Western Culture