My Experiences with POF 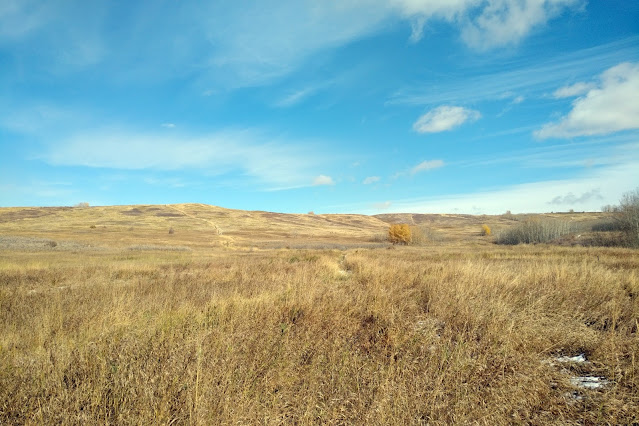 I decided to try POF once back in 2016 and the result was quite disappointing. Only met one woman and that was a disastrous meeting. I, on that time, was in much worse shape (shit!) that I'm now. So I didn't care much. The woman was ugly and I mean really ugly and at time we spent some hour or so outdoors in chilly whether, walking! At the end I gave her my e-mail address but she never contacted me!
Then I decided to give it a try two months back and I had a couple of good starts which didn't take me anywhere and eventually got to meet two women at the same day! The first one asked me to join her " for a walk ". We ended up walking up and down the damn hills of Nose Hill Park for 1 hour and a half! If it was a normal day and normal life, I wouldn't mind that but for someone who works 6 days a week and normally between 8.5 to 9 hours, the 7th day is usually a relaxed day. Then another stupid thing happened. I asked her if she wanted to join for a coffee and she said she only drank coffee in the morning and for contacting, again, another stupid idea: Join me on Whatsupp! Can you believe this crap?! The other thing that I forgot to say is that was the same freaking woman that I had seen back in 2016! I asked her if we had met and she denied! My assumption was either she had amnesia or pretends not to remember me!
Anyways the next day I installed the damn app and she added me and we exchanged a message or two. But then I told me: What the hell are you doing?! Are you so desperate to associate with someone as crazy as this old woman who instead of exchanging numbers wants to communicate through mobile apps?! I deleted her from the list first and then eliminated the app from my phone! I always hated these seasonal and frequent changes in the silly social media: Facebook, Whatsupp, Instagram, LinkedIn and all the similar shit. I never had a profile on any and despise them all. Why the hell would I violate my own rule just to possibly be with a crazy old woman! Fuck it!
I didn't get the chance to meet the other one but at least she gave me her number and we spoke! Her craziness has probably another shape!
(Photo: Nose Hill Park which used to be called Nose Hill Environmental Park in a cold fall day. I did so much cycling back in there back in early 2000's when there was no sign, bench, garbage bin, etc. put there by the municipality. I had a 9.1 KM walk after 6 freaking days of work with this woman who said we WERE GOING FOR A WALK! It was not simply a walk and it's not the only reason why I prefer not to see that woman again!)