The Disaster of a Power Outage in Canada 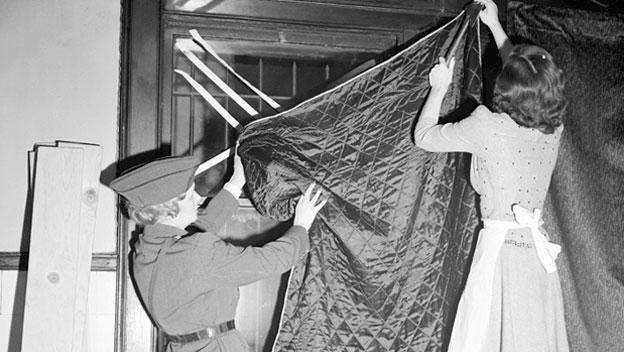 I was on the phone with a Financial Advisor from my bank, after a short visit to a branch, and just when he said that he had sent an e-mail to me I realized that there was no power!! I had never seen something like this, in fact since the old days in the old country. There were, at times, power outages in the old country and there were result of two phenomena:
1- During the war years, 1980-1988: During these years there were at times blackouts or power outages as this was considered a defense mechanism when the enemy planes would show in the skies. I don't know how effective it was. As well there were power outages due to shortage of fuel for power plants. Also there was this rummer, once I remember clearly after all these years, that the enemy bombers have bombed, for example, this power plant! I don't know how true it was. There was never an official explanation or alert
2- After the war: The power outages were very rare but occurred. The reason, if I remember correctly, was indicated as some technical difficulty.
With that in mind when I saw the power outage I was not prepared because an incident of such here in Canada could be fatal while in the old country you only lose a couple of hours or more of TV program! As unimportant as that! I remember that there were even night that I studied using old oil lamps and it was okay. Here as soon as the power is out, if you don't get out of the house, if you can(!), you're dead! You cannot cook and eat because the damn stove or range is powered by electricity. You cannot check anything because both your computer and internet are powered by electricity and you might even not be able to get the hell out of the house because your garage door is powered by electricity as well!
I was lucky on that day because I had parked in front of the house. So I jumped in the car and went to the first McDonald's but before that I called to report the outage and I was told, after calling the Calgary area number, that I should have called Fortis. I was given the number and I reported the outage to a, of course, automated system! In the McDonald's I realized that Fortis Alberta handles the power generation and supply at parts of the province and I saw a map with good detail including the time that the power would be back on: 18:30.
So I said to myself that the entire afternoon is gone! I wanted to do some job searching and application and instead I contacted Lazy Ass and went to his place. This time though, unlike the other times, he took me to damn Burger King and I had an awful meal. We were supposed to watch a movie on his big screen TV which he had recently bought but a buddy of him called and he ditched me with some bullshit story but I think it had something to do with an illegal way that he makes money! I said: f*ck it! I headed back home and luckily, as the website had said, the power was back on but the damn internet was down! That is the subject of the next post!
(Photo, top: A resident, with the help from a military person, is covering their windows during the WWII in the US in order to protect the property from the anticipated Japanese bombing in California. I remember that we did the exact same thing during the devastating 8-year war, especially the first year)
Incidents Residence Weather