The Second Iraqi Whom I Met 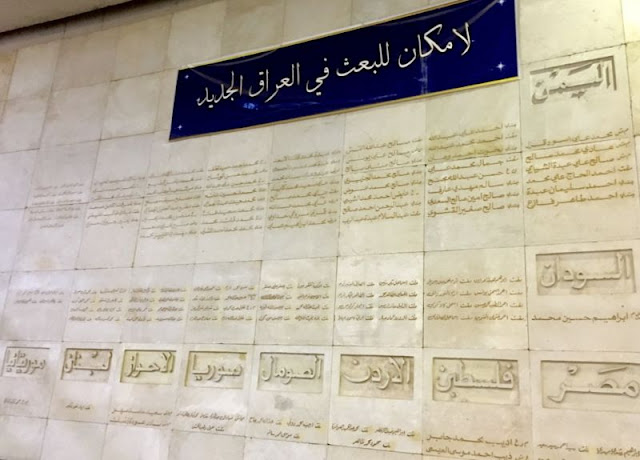 I realized a new employee had been added to the department next to us, a little than two month ago. I always take the first step, maybe not always, but most of the time, when it comes to making new friends. With women I'm shy but with men, for friendship only, I have no issue. So I started talking to this guy by bringing up the place he is from! I had been told that he was from Iraq but wanted to see what he says. I asked him if he was from Tikrit! He said he was from Baghdad and asked me if I knew anyone from that town? I said: Yes. Saddam Hussein! That didn't set him off and later on we spoke a little until we got a chance to get together in a cafe. From what I understand he is an educated guy from a good family. He now drives a car which looks brand new and it's a bit odd for someone who is new to Canada and just lives by himself. It means he has money that is brought from the oil-rich country.
I learnt interesting things about Iraq that I never knew and was curious about. The country that invaded my country of origin and then we fought for 8 freaking long years, the longest war in the 20th century with no winner at the end and just left two devastated country and billions of dollars wasted and millions killed, wounded and or disappeared. Being a Sunni Muslim and a very religious one too, now he has doubts! some of interesting things that I know from him now include:
1- While Syria was supporting Iran during the war, Jordan, ruled by King Hussein, was backing Iraq. Both countries received billions of dollars from the supported countries either in shape of crude or cash. According to this new friend, Jordan is now a very nice country with everything they need! Grew from zero to all in 8 years. That's always the nature of war: While there're countries that get devastated, the others benefit, grow and enjoy.
2- The city of Khorramshahr was captured by Iraqis at the beginning of the war but then was liberated by Iranian forces. The seize took a little more than 13 months and when I asked him why the Iraqi forces were easily defeated and ran away like rabbits he said because they were cowards!
3- Despite his education and this doesn't have anything to do with the war(!), he never worked in his field. He was in crude trade or something like that. Here, even if the job market was good, it would not be easy for him to find a well-paid job.
I will never know this guy, I'm sure! Despite the things that he has told me, it is still a question for me as how he got a nice care and why he would go to Starbucks and spends $18 on two cups of coffee and two small cookies! People, many of them, are not what they seem. I hope this one is not a dangerous one! I'll write more about him soon.
(Photo: This is a memorial for the soldiers who were killed during the 8-year Iran-Iraq War from the Iraqi side. If you can read Arabic you can see that the name of different countries have been written on the memorial wall including Sudan, Yemen, Egypt, Jordan and even a piece of shit land called Mauritania! Not to mention that there are shit-lands, without a doubt! This clearly proves that Iraq was not alone in the war. The Western countries supplied them with all the weapons and the Arab countries with soldiers. On the top reads: There's no room for Ba'ath Party [the party of Saddam Hussein] in today's Iraq! The thing that I hardly believe. Ba'ath Party in today's Iraq is accused of helping, aiding and suppling ISIS which is another topic to cover)
Job Politics Religion