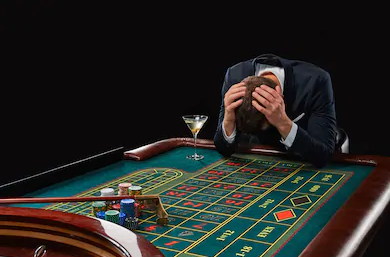 When I was in grade school, in the old country, every time we would go to my oldest aunt's, gambling was going on, if it was a Fri. and we always were there on Fri. because that is the weekend in the old country. When I say gambling was going on I'm talking about a big, probably 12-seated dining table in the big dining room that many of the relatives sat around it and play different card games or perhaps Poker only. I'm not sure because I never part of it and never have been interested in any card games. My father never played but because we were very close family, we went there to see aunts, uncles, cousins and other relatives. My oldest aunt's husband was a realtor and to be specific was a wealthy realtor. I can fit my entire first floor in their kitchen! That's how big their mansion was in a good neighbourhood of the capital, Tehran. The house had a swimming pool, gardens full of beautiful flowers, shrubs and trees, fountains, you name it. It even had a caretaker little suit next to the garage.
But what I do not ever forget is the fights over the game that eventually led to people leave one after another throughout the years. In the last years of the game(!) there were only four players, as far as I remember. The other ones had left for another leagues(!) because when you are addicted to gambling you can't easily give it up! You need to find other addicted to share your illness! I personally never saw any fights but that was we all knew in the family. We, for example knew that cousin ... left the game last week because he had a harsh argument with Mr. ... . One particular fight that I remember, and in fact it was post-fight(!) event was the time we were at my aunt's and this cousin of mine who lives in Denmark now was talking to my aunt and others angrily! This sentence I clearly remember after probably more than 30 years: ... I'd never consider Mr. ... as my father! He was referring to the aunt's husband and apparently they had an argument over their game and considering my cousin's mom was divorced, I think someone had mentioned something to him like respect him, he's like your father and such and had made him upset!
I told this little story to get to this Chinese guy who works at the same place as I do. He keeps saying that he has been born and raised here in Canada but I find him as Chinese as any other Chinese who just has come to Canada a year ago or even less! He's a married guy but he always spend his time with older Chinese women in the break-room, talking in their language or eating their disgusting cheap food. Despite saying that he has been born here, you can clearly detect Chinese accent when he talks. He told me once that he goes to casino, without naming which one, on his days off! I also heard from other fellas once that he had won big, something around $50,000. Another time he said he was going to sign for a condo he had recently purchased, not mentioning the money he had won!
The other day I saw him at work after his day off: Head down, quiet and not saying even hello or anything, dragging himself on the floor(!), in a nutshell completely down. I didn't talk to him but the signs implied that he had a bad day at a casino! Apparently the loss was so big that the guy could not forget it by recalling the big amount he has won! This guy claims that he had gone to U of C and has done his Bachelors Degree in ... but insists that he is happier in this crappy and nasty job, hanging out with old Chinese women and listen to their nonsense!! What, an university graduate could possibly have in common with a village woman in China?! That proves that the guy is a rube! Doesn't matter that he is born in Canada, he still is a stupid peasant from mainland China, brought to an industrial complex to work to one of many sweatshops!! His wife works at a luxury retailer in one of the top shopping malls in Calgary but their relationship is quite strange to me when I compare it with the one I had with my wife when I was married: He says by the time he gets home his wife has already eaten and is in the bed!!
Gambling addiction is very common within Orientals particularly Filipinos, Chinese and Vietnamese. There was a Filipino girl in Cargill Foods when I used to work there years ago. She had left her husband because the guy spent hours and hours in casinos blowing everything he earned. I even have been to Las Vegas and will definitely go again to enjoy but have never gambled in my life. I hate gambling and the addiction it creates.
(Photo: Gambling often comes with heavy drinking, smoking and other harmful habits)
Before Immigration Colleagues Orientals Western Culture