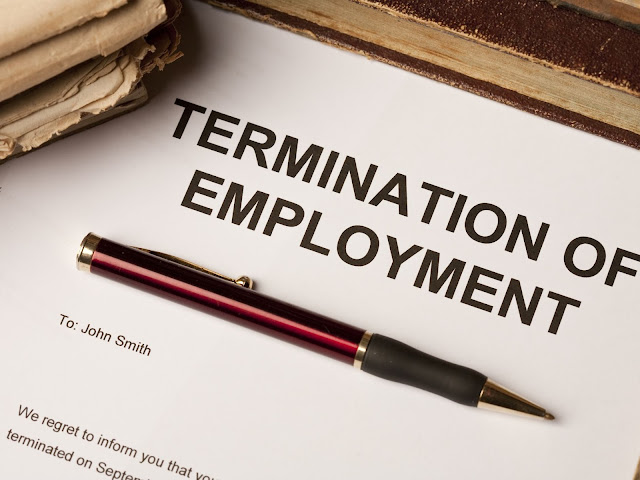 The Chef was supposed to call me after his meeting with HR yesterday which was supposed to be at 11:00. I didn't receive any call and that automatically told me that he had been kicked out of the company he worked in for nearly 15 years! You really must be stupid to get fired from your job after that many years and at the age of 61 and he really is! He thinks striking others in the face is joking around. In fact when he told me that the HR had asked him to meet with them on Tue., I sort of knew that they would get rid of him. Otherwise they'd ask him to start on Mon. Even the union didn't help him. They were all sick of his all years of stupidity. Have a look at his brilliant(!) performance in the past few years:
1- Suspended for unauthorized use of the company's property, a sort of vehicle, and causing damage
2- Received a warning due to repetitive late attendance at work
3- Fell into a hole in the yard while it was barricaded because while under the influence of either alcohol or drugs. Caused weeks of trouble for the company and cost them a lot
4- Got a heart attack, as result of drinking too much Beer and other alcoholic beverages, too much damn nasty White Rice and too much Meat! and went to an open heart surgery. Caused lots of trouble, paperwork and headache for the company and the insurance
I bet if it had been another company or there had not been an union, he would have been fired tears ago!
Now for someone who lives in an old house's basement with mice and other nuisances and pays only $350, has no vehicle related cost, has no family and never buys a nice and clean cloths, finding a job to cover his expense should not be hard. The only issue, the only small issue, is he owes some $85,000 if not more to the bank since his home was foreclosed nearly 3 years ago! The thing that he thinks he can get away from. That's the only issue. I believe the company has given him or will give him a chunk of money. The question is how much and when and how would he spend that but he said today that he would apply for E. I. What a fucking rube!
(Photo: A Conventional termination letter. He said he would show me his. I have no interest and will try to stay away from him. An unemployed person has more trouble than anyone else)
Friends Job