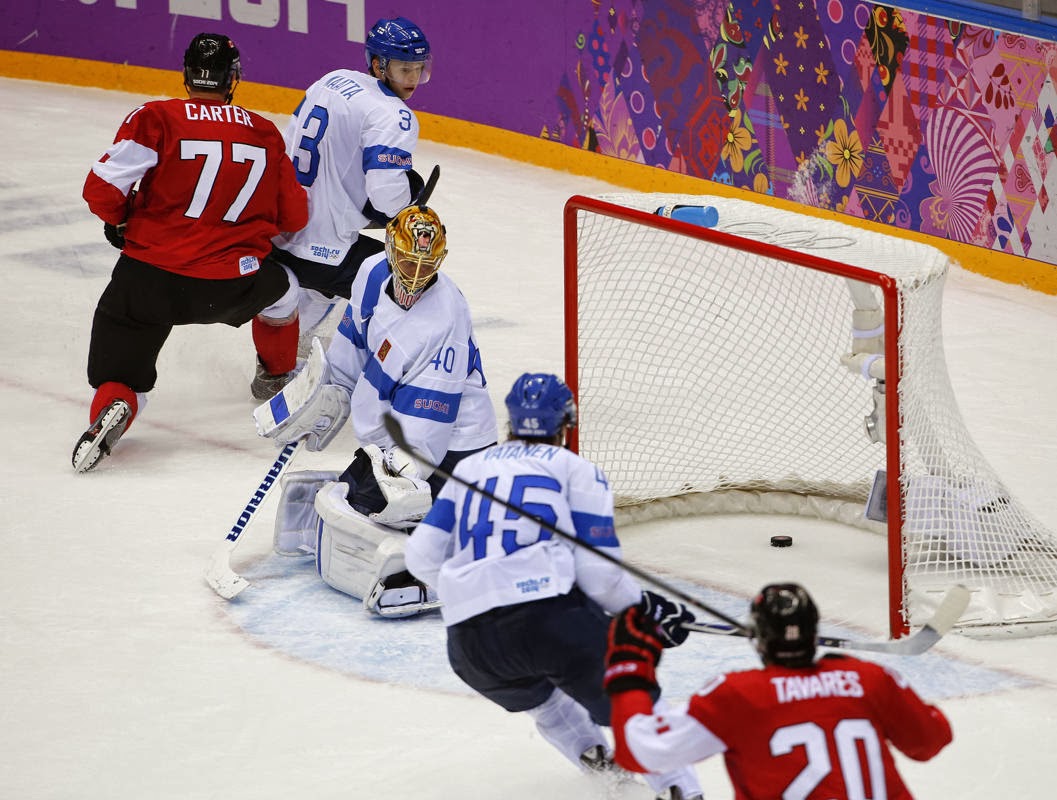 I started watching Canada-Finland almost halfway through the first period while Canada was ahead with one goal only. Then in the second period the game was mostly played in Finland's half but there were not many effective shots on the net. Whatever the Canadians deposited was simply either deflected or grabbed by the Finish goalie.
In the third the Finns show their power and the game played in both half with Finland finally scoring the tie. It was not a significant team or individual effort. The guy switched with his teammate, coming out of Finland's seat and shot from distance. It was deflected by a teammate and passed Price and the game was a tie.
Then the first overtime started and soon after the Canadian deferenceman, Doughty shot and the puke passed the Finish goalie from underneath his left pad!
In general the Canadians were struggling with having an effective shot on the net. Crosby and the other guy who play for Blackhawks were both paralyzed(!) and I don't even remember they ever got a chance to shoot the puck but Canada now has three straight wins and is looking for its next game.
(Photo: This is the moment after the puck passed the Finish goalie, Rask and Canada gained its thrid victory in Sochi 2014 Olympics)
Hockey