Winter is not Finished 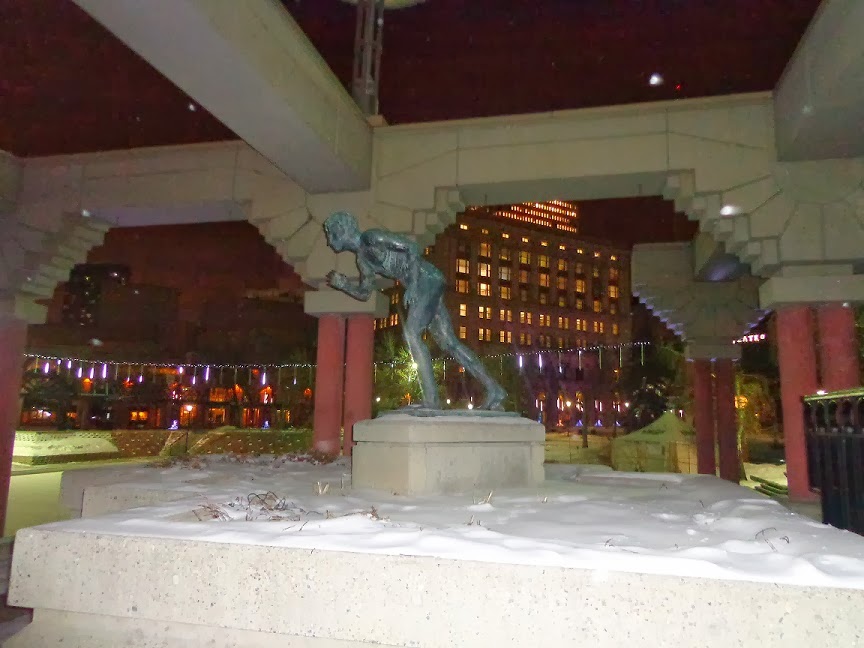 It has been extremely cold in the past two days and that came as a surprise to the idiots who saw 12º C weather and higher the week before. They don't know that a few warm days does not necessarily mean that the winter is over. It's a break as a result of Chinook phenomena. They probably also don't know that they live in and it's supposed to be cold in Jan. otherwise it would not be !
Nevertheless I don't know whether it's the affect of the weather or something else that I'm exhausted now. I was exhausted the entire day today, yawing off and on and was trying to keep my eyes open!
I went for a skating practice last night and it was -21º C! Adding the wind-chill it felt like -30º C! There was not a single soul in Olympic Plaza but I was not able to do my exercise for a long time. I guess I was ready around hours and by I was ready to leave. It was of course not only the extreme cold. It was the timing as well. I had my dinner and I was a bit heavy as a result of that although I had not had much.
(Photo: This sculpture is erected at Olympic Plaza as a commemoration to the skaters of 1988 Olympic. I took it last night when it was quiet dead!)
Exercise Weather