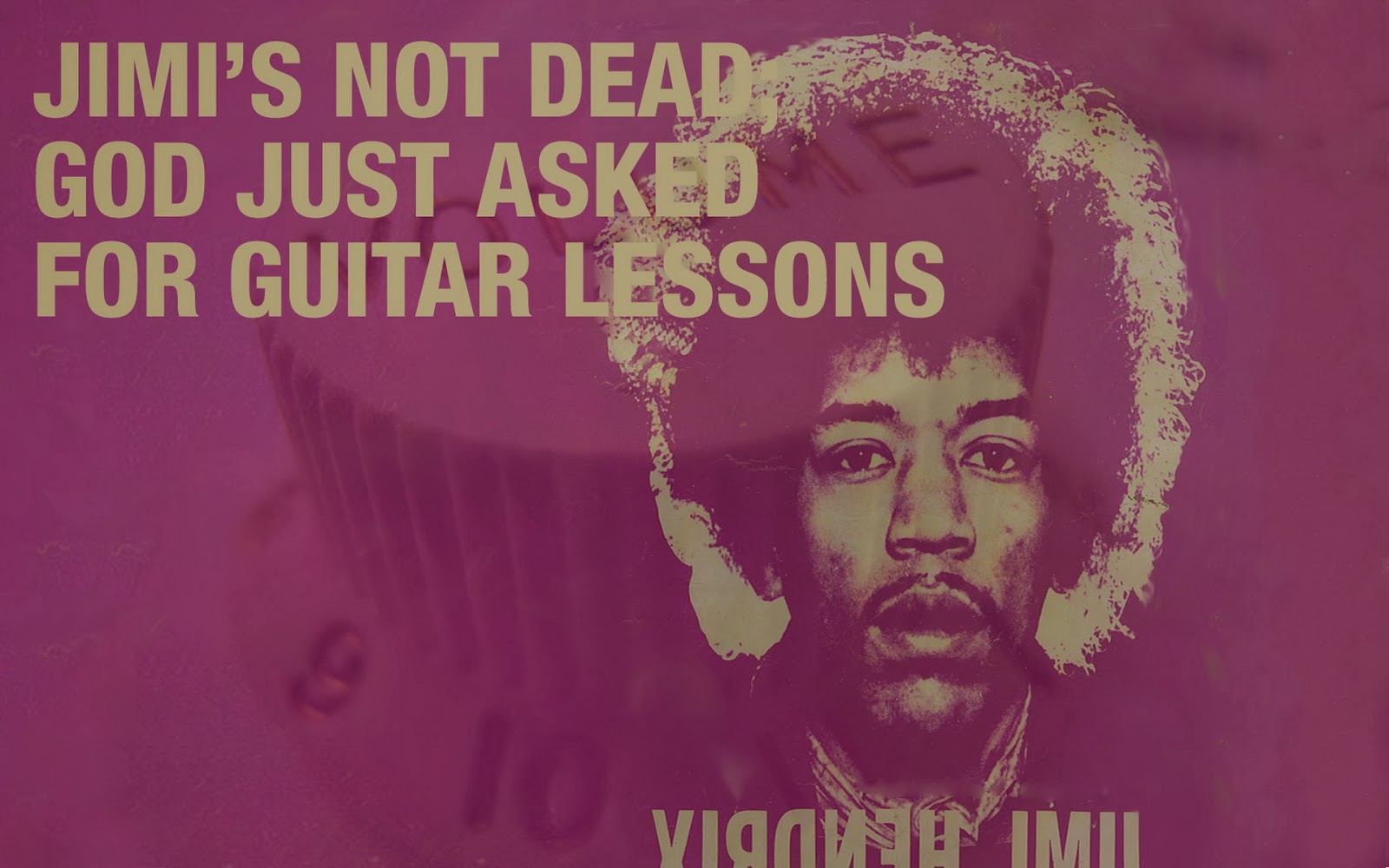 I've not been a die hard fan of Jimi Hendrix but I guess like a few of his songs. He is known as the best guitar player of the all times by Rolling Stone Magazine. I'm not sure if that is an accredited organization to do such a rating though!
These celebrities, especially if they are Black, either from Africa, originally or Central America, have numerous wives, mistresses, lovers, groupies, etc. that they often sleep with and at times they are kids as the result! As well there are at times people who pop up and claim that they are their son,  wife or daughter and claim royalty, if that is after they death or want to inherit their property.
This young, well almost young, possibly in his late 30s, fella that I met, I guess twice, in White Rock, when I used to work and live there, seemed not very successful in that regard. He was an almost Black guy with the features I descried. He had a guitar hanging out from his back, like a rifle, wearing beard, if I remember clearly and a smile, both of the times I met him. He had a long overcoat and I guess, and there are countless guesses here because this story goes back to 2008-2009 and my memory is not very good, I saw him when I was working alongside John. We greeted and he said: I'm Jimi Hendrix's Son! I guess he was introducing him to me because apparently he and John had met previously.
But why he, a son of a legendary musician should wander around a small forgotten town, close to the US border which people only go there for its beaches, I have no clue. Maybe he was expecting me to ask him to give me an autograph or take a photograph with him. I don't know but I was not going to ask any of those. We had a short chat or better to say they had a short chat and he left. That was it. Of course I never saw him again. I lost my job and then we move out of the little town.
(Photo: I selected this poster of Jimi which shows how much his fans like him. That actually is funny and interesting!)