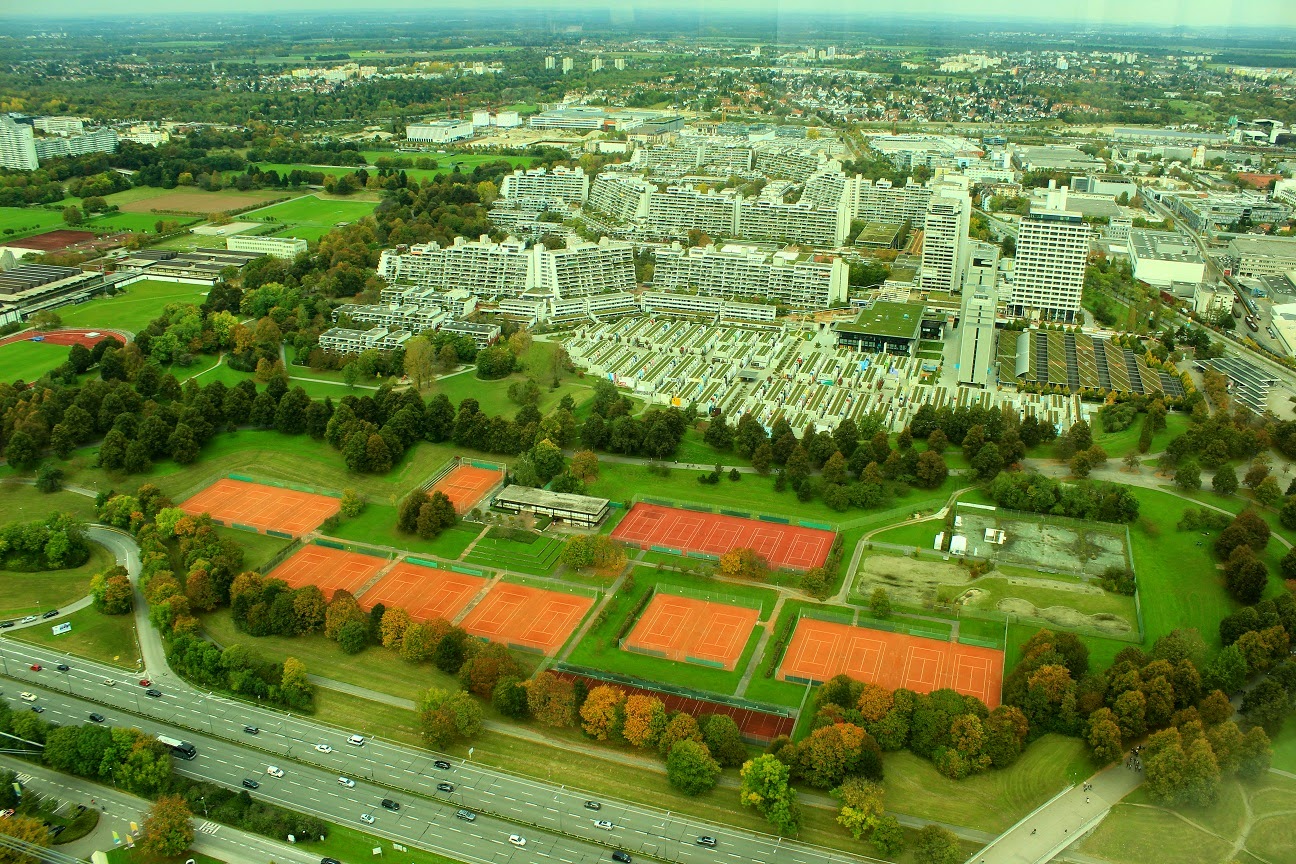 The Olympic Park where the 1972 Summer Olympic Games were held is close to BMW so I visited it right after I finished that. The Olympic Park is beautiful and has different facilities. They also offer tours of the facility but I only went on the top of the Olympic Tower. The tower is only 180 m or so and comparing to Calgary Tower it's almost the same size. The view is nice from the top. besides you can go out on the deck without paying extra. There's also a little exhibition of Rock music. After the tower I went around and see a few other places of the park.
The Olympic Park is the place of the 1972 hostage taking of Israeli athlete, the subject of the movie called Munich but I didn't have the direction to the Village. Rather than the people who were in the park just to have a walk and see it, I mean tourists, there were not many athletes, more specifically runners, around.
(Photo; View of Olympic Village from the Olympic Tower. This is where Israeli athletes were taken hostage in 1972 and then they were killed. There is a memorial site for them in the park)
City Sightseeing Travel