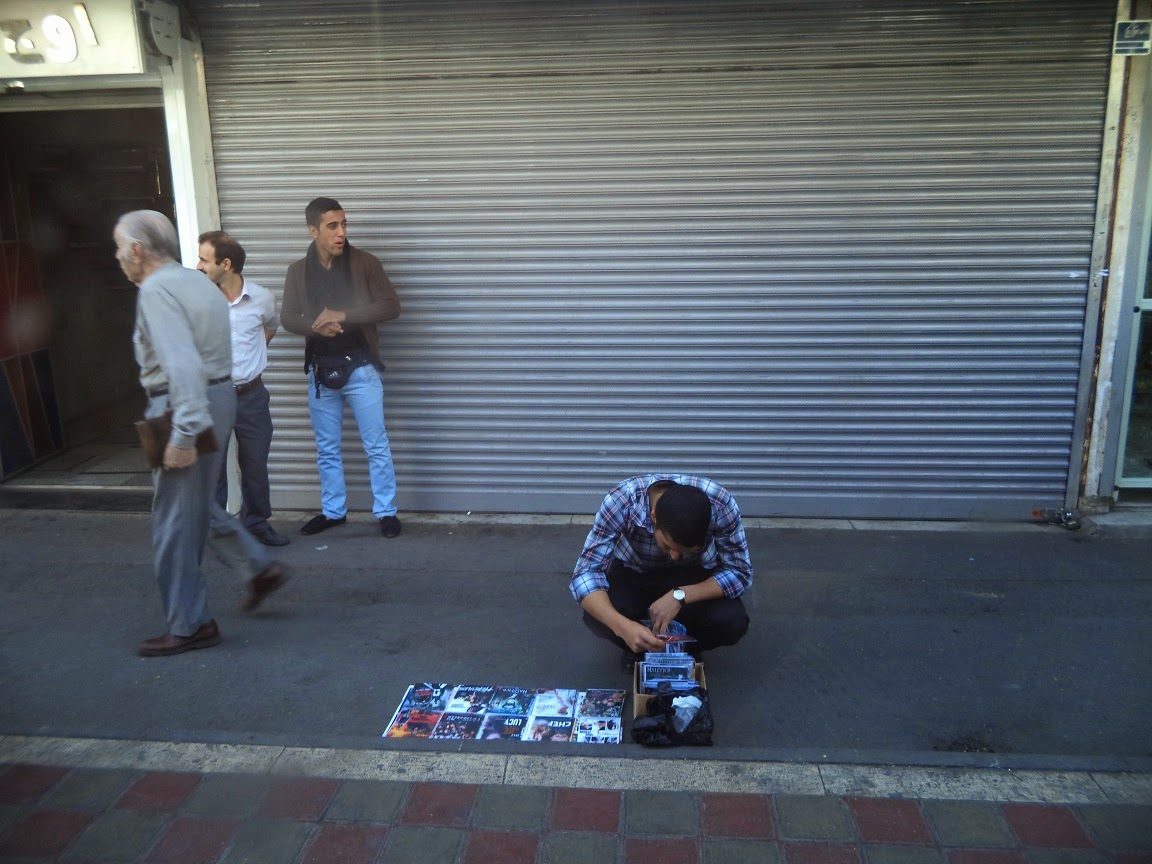 In my last day in the old country I was on the way to Aunt M.'s while right in front of the bus station I noticed this guy selling bootleg movies on the sidewalk. I don't know what the exact situation is at the moment in the society but bootlegging is quite common but street vendors for good such as this are usually nocturnal. So I decided to check him out. There were a few movies that I knew I had wanted to see but waived them away due to high possibility of being bullshit crap! This specific on, Lone Survivor was a bit tempting when the trailer was being showed on TV but still not tempting enough for me to spend my dollars on it. Here the movie available at a very cheep price, I decided to buy it but could not trust the guy. He claimed that he had been a known vendor in the neighbourhood for a long time, everyone knows him and trusts him and he will be here tomorrow again and I would be able to talk to him if there was a problem with the disk and introduced a local guy as a witness. I didn't care much because the price of the movie was nothing so I bought it and watched it eventually yesterday.
While I liked the firefight scene with Taliban guys and also the soundtrack very much, I must say that the movie generally is considered a crapy fabricated untrue events which would never occur under real life situations of . Here's why:

1- An Afghan man fights Taliban for an American and endangers his entire tribe and family for a foreigner!! Everyone with a little brain in the skull knows that is a big lie. Taliban has shown Barbaric brutality for decades now. Now matter how American-lover the Afghan guy is, he would not like them more than his family, his village and his tribe. Stop being either a fucking stupid or a disgusting lair!

2- The Taliban man finds the American soldier lonely and destroyed on the floor and instead of finishing him off with a shot of his Klashnikov, kicks him in the guts and then the Afghan boy hands the American a knife and he kills the Taliban guy with it!!! Even a five-year old kid would never believe that, if he was allowed to watch a violent movie like that.


3- The Afghan old man endangers his life and walks miles in the mountains to find the Americans, hands them the map and direct them to the village without even speaking a word of English!!!! I hate you fucking lairs with your stupid stories!
4- The guy has shrapnel pieces in his legs and walks easily for miles until he reaches a stream!!!!!! What a fucking goofball he is the one who believe this nonsense.

What you fucking idiots, the assholes who made the film, do is degrading the courage the people, Americans or others, show fighting Barbaric Taliban. Everyone with a little degree of sanity, a functioning brain and a sense of understanding, would ask him or her, after watching the film, this question of how all this story could happen???!!!! You even displease people after the movie and make them spend their time and money somewhere else, not a movie full of nonsense. I'm glad that I didn't spend a dime to watch this Afghan-American fiction in a theater!


(Photo, top: Street vendors for the bootleg movies usually emerge at night when municipality patrol is off.  I bought a few films, including No Country for Old Men in the previous trip, more than 6 years ago and that was early evening but completely dark. One of them didn't play. This one has a small collection and sells on a busy street of Tehran and it was around 10:45 AM or so. he might not be the Lone Survivor. I bet there are many more!)
Movies Shopping Travel