Germany Trip (6): Inside BMW in Munich 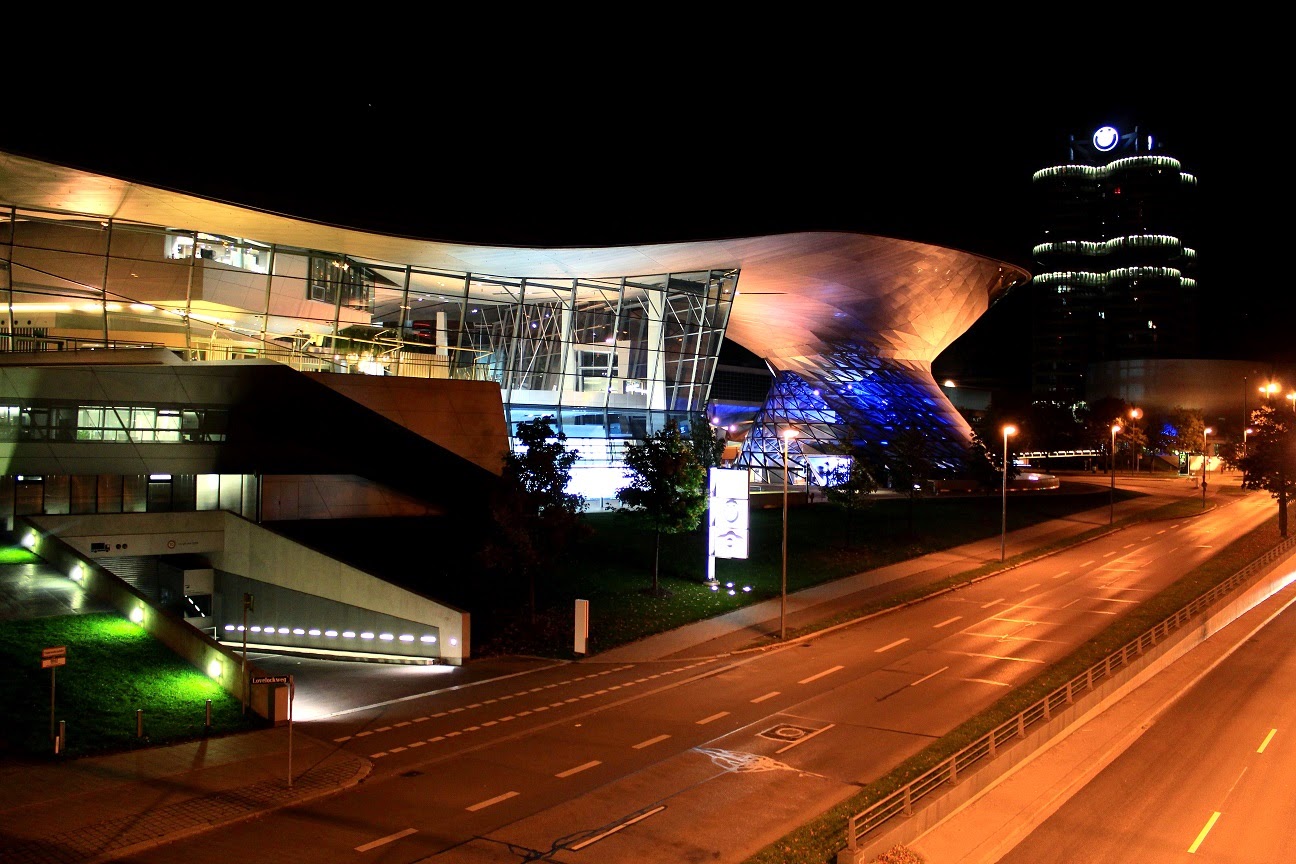 BMW Complex in Munich comprises of three departments: BMW Welt which in German means BMW World and is a free showroom of the latest BMW models in a big 2 story building with cafe, restaurant and gift-shop as well as interpretive center, BMW Museum across from the street which has the history of BMW and it's models as well as motorcycles, concepts, plane engines and similar and finally BMW Plant which is its assembly plant adjacent to the museum.
I was able to see the first two but was not aware that a BMW Plant tour requires advance booking so missed that. The good thing is I started early and was able to see the different sections and take photographs before it gets crazy crowded. I have this plan of buying a BMW Sedan in 2015 but it depends on many factors. The least expensive BMWs come from 1 and 2 series. 1 Series are not available in Canada and 2 Series are coupe which doesn't suit me. So my best bet would be 3 Series which starts at around $39,000.
Anyways both BMW Welt and museum are worth watching. The admission for the museum is €8, I guess. The key to have a pleasant and informative visit is to start early and avoid weekends. BMW Welt is open until 23:00. So a good visit could be scheduled from 21:00 hours. The gift-shop is awesome but like everywhere else in Germany expensive. I bought a key-chain and a BMW pin and I guess that cost me around €12! You can buy awesome jackets and all other stuff there or have a meal or snack in its wonderful cafe or Bikers Lounge, if I recall the name correctly.
The place is also a dreamland for a BMW purchaser. Prices are much cheaper in Germany but you can not purchase and export to Canada. The guy I was talking to had a price list which was supposed to be given to me but got lost in the conversation.
You can also book a test drive or rent a BMW there. I didn't try. BMW is easily accessible through U-Bahn like any other place in Munich.
BMW facilities were severely damaged during the WWII but was rebuilt later of course. Also similar to other German industries BMW also used prisoners to do work for them. There's a good history of the company available in the museum for the ones interested.
(Photo, top: BMW Welt (World in German) at left, which is a big, two-story showroom, cafe and office, adjacent to it an interpretive center which looks like a funnel, at the other side the museum and in the back the headquarters tower. I could not get the logo clear in this shot which was taken from an overpass going over a highway and connects to Olympic Park)
City Sightseeing Vehicle related