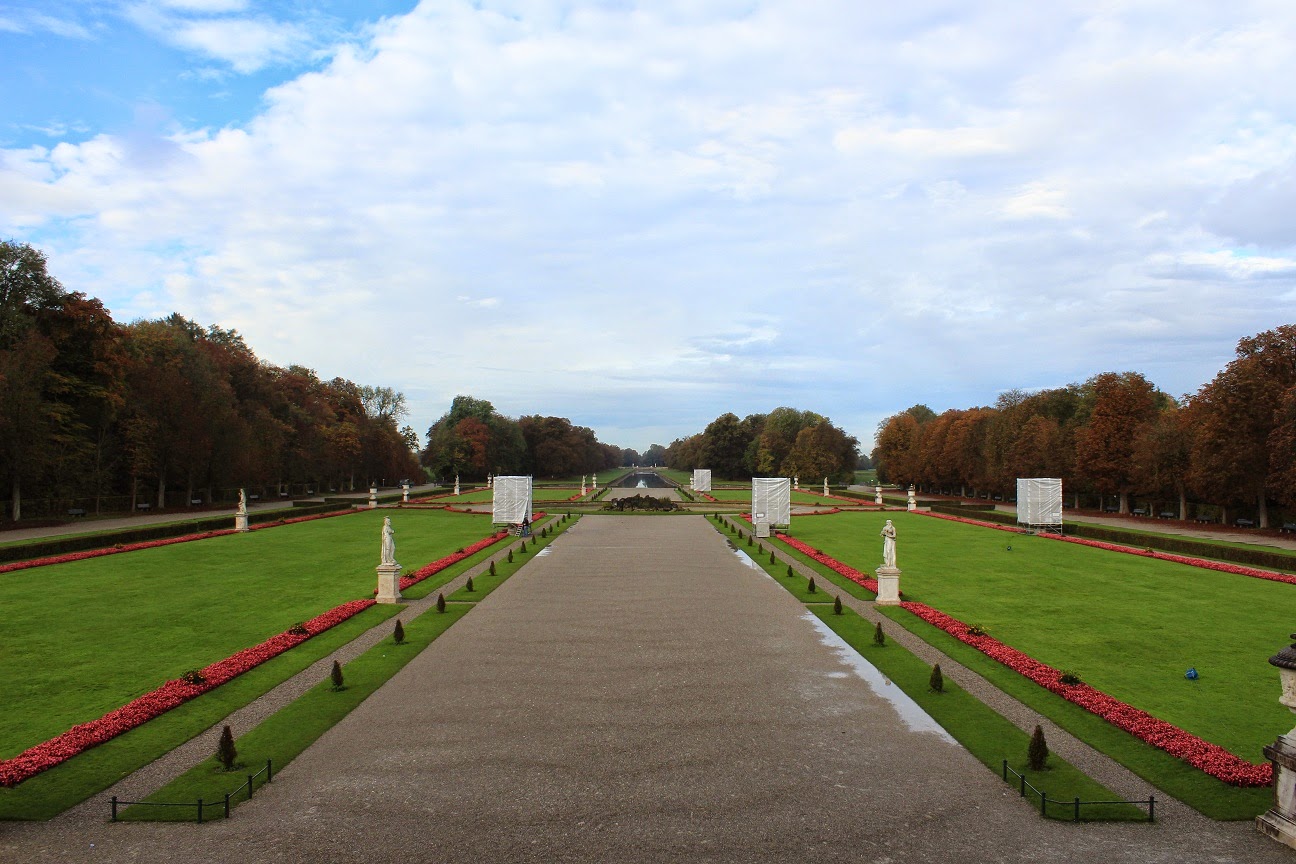 There is this vast residence of the former Bavarian rulers in western Munich which I visited today. I started a almost 09:05 AM and couldn't go further than 15:30! There is so much to see. It's a big palace, Nymphenburg. All of the people who started with me left minutes, maybe hours before me as I saw none of them at the end or during the last hours! The visit cost me €15 and that includes admission to all of the exhibitions and an audio guide. The palace is easily accessible and that is due to availability of public transit everywhere in Munich. You need to get Tram # 17 from the Central Station and will find yourself there quickly.
The visit is poorly managed though. First off there are rarely any signs in the big palace's garden and premises and a map costs €2! I was about to say to the guy if she was kidding! The map should be part of admission. Second of all the people barely speak English or are unwilling to, although there is a good population of foreign visitors. This problem with the map was also seen when I went to Tourism Information Office beside the Central Station. They asked for €0.4 for the map! The other problem like a few other places I've been too so far in Munich is aggressiveness and hostility, although I have to mention that I've seen super friendly and helpful people that I will write about them later.
One other issue in this tourism attraction place is lack of information about the places and objects, at times even in German! My guess is you would be able to find anything, if you paid a full price. Overall Nymphenburg is a nice place to visit which requires at least 5 to 6 hours if you like to see everything, take enough photos and read the information. Both of my cameras ran out of batteries and I  guess the only place that I could charge them would have been the restaurant but I didn't even got close, knowing how they charge for food here!
(Photo: View of the garden looking west. a few of the sculptures were covered and were being cleaned, maintained at the time, as seen)
- October 15, 2014
Email ThisBlogThis!Share to TwitterShare to FacebookShare to Pinterest
Labels: City Sightseeing, Travel