Two out of the Three Main 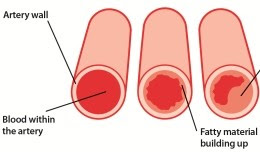 This is an interesting story, to me at least, so I'm going to bring it here. The Chef was contacted by a hospital to get ready for an procedure to see his heart condition, after he had a heart attack. He asked me to assist him and I accepted. We went to the hospital early morning and after admission I left him and came back in 2 hours. I saw him resting in the bed in hospital gown. He didn't seem so happy. A sort of photograph has been taken from his heart to help the specialists to decide what procedure would be the best to improve his health. A very nice and beautiful, I must say, nurse was there and she patiently and clearly explained what has happened to him. I'm getting off the subject now but I wanted to ask her out. She was really cute but then I though there would be no chance because I had not slept well the night before and didn't look good! In fact I had only slept for 30 min. or so on that night due to neck pain. Besides what are the chances that a tiny, petite, pretty Registered Nurse in a major Alberta city does not have a boyfriend? Next to zero!

Anyway what she said was that out of the three major vessels in the heart, two of them are 100% block and the other one is only functioning by its 40% capacity. The same was later explained in more detail by a heart surgeon and options were provided. The Chef was destroyed once he heard that. According to the surgeon in has been caused by his life style in the past 30 years: excessive drinking, using different drugs occasionally, smoking, eating too much meat, fat, sugar starch and similar crap! The options at this time for him, to save his ass, are two: Open heart surgery or Stent. I don't know what they do for the first one but according to the doctor that would make his life easier and longer. The option would be Stents which basically what they do is they widen the blocked arteries. However the doctor said that his chance with the second one is slimmer. The Chef was really scared and confused. I would be. I don't think there are many people who like to have open heart surgery but too bad. I have told him countless time to stop eating like a freaking pig! Too much butter, too much fake processed oil, too much egg, too much meat and now he's here.
We had to wait until almost 15:30 for the main physician to come and release him. He added that if The Chef is willing to have the surgery, he needs to do C. T. Scan and then let him know through the doctor who had introduced him. We then left and went to the King Faisal Al-Saud restaurant for a meal. We ordered a plate of Chicken Skewers (contains 2), a plate of Chana (Chickpeas in a sort of special spicy sauce) and a plate of Saag (Spinach and Mustard leaves cocked with herbs and spices). We didn't order any bread or rice and the poor, ignorant Pakistani waiter was looking at us with wide eyes and mouth and couldn't believe it!
The Chef decided to call The Brave to see what his opinion was on the situation. When he did, The Brave invited us over. The Chef was anxious all the way to our destination. The Brave was in the opinion that The Chef should go under surgery. He added that all his brothers have gone through that, including the one who recently passed away! He meant that the surgery had helped him live until then! Then he asked to stay for supper and we accepted. Who would deny a good wholesome dinner made by The Brave's wife, a nice and kind Chinese lady who knows what she does in the kitchen but here was the problem. The supper contained a very nice, beautiful and spicy Thai Green Papaya Salad which I had never had and must consider making, Chicken in Cashew Sauce, White Rice and a sort of Potato Salad. Now imagine that both The Chef and The Brave have heart issue and should stay away from starch. The Chef, the fucking idiot attacked the food, like an African who just ran away from drought and famine and started eating like a freaking pig that he is! It was just less than 1 hour that we had our supper at the King Faisal(!) but it proved that he could not live without damn rice, nasty white flour bread and other starch!
On the way back to his place he was continuously nagging. So he was when we were at The Brave's. He indicated that he would go by Stents and he would go under the knife when he retires. The Brave said back to him that he might be retired forever if he doesn't go under the surgery! The Chef has one week to make his mind.
(Photo: This figure shows how the arteries get blocked gradually)
- July 21, 2019
Email ThisBlogThis!Share to TwitterShare to FacebookShare to Pinterest
Labels: Food, Friends