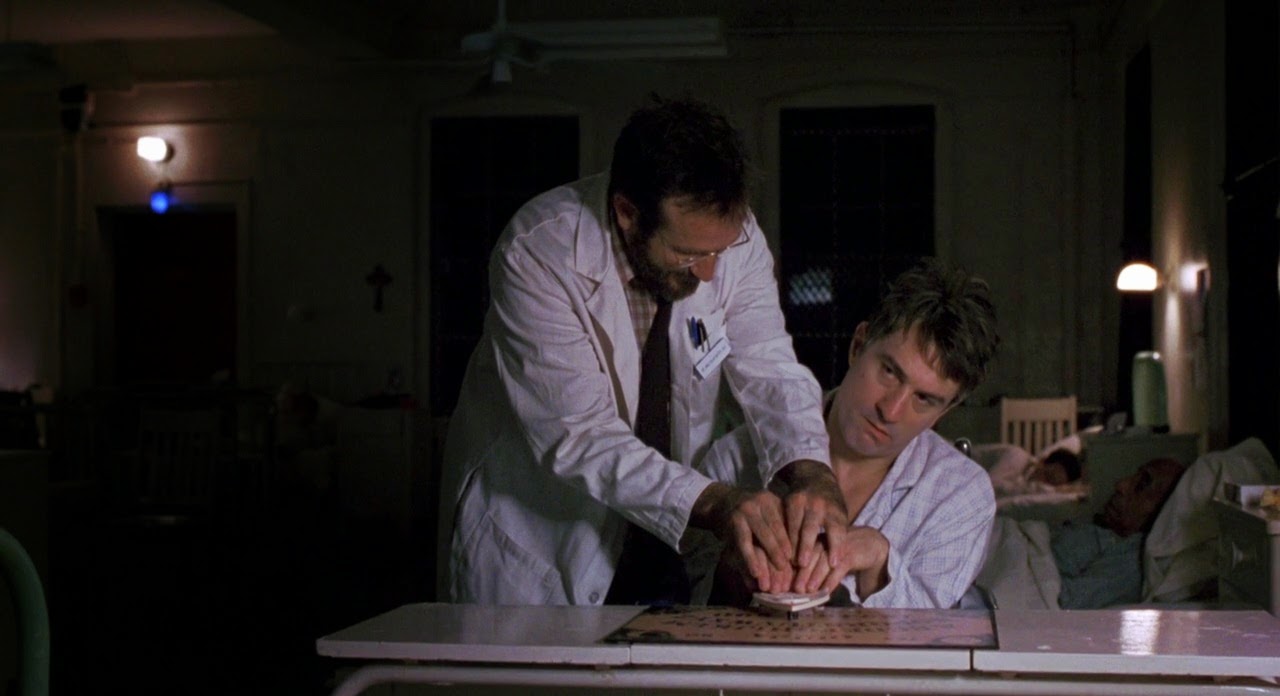 The 80th and 90th, I believe, was when the good movie era was about to end. Nowadays you barely find any movie that you go to and come out satisfied. I have had terrible experiences in the past few months; regretted wasting money and time on trashes such as Monument Men, Godzilla 2014, Fury, Elysium and such. The good thing is there are lots of movies from those days and before that I haven't seen them and now I can purchase their DVD in a reasonable price.
Awakenings is one of them where Robert De Niro and late Robin Williams work together to make this magnificent movie in 1990. De Niro has been always one of my favorites. His performance in Goodfellas and Cape Fear is unreachable. Williams, on the other hand, has never caught mu attention. The only good movie that I had seen from him was Mrs. Doubtfire prior to Awakenings. His abnormal and psychotic behaviour in his stand up comedy using too much profanity, jumping up and down and screaming and screeching was a turn off for me but I have to say that he delivers a good performance in this movie. I guess it was years before he started going down and break mentally. That is the only explanation.
Awakenings was apparently introduced for Academy Awards in 1991 but De Niro who had a major role in Goodfellas lost it to Jeremy Irons, the actor whom I barely know and I don't recall I've ever seen him in a movie that I liked. There hasn't been much about him in the news in the past few years though. I had a look at a list of movies that he had roles in the past few year and didn't find a single outstanding one. Nevertheless he could have had a good acting in that movie. De Niro's is very natural and realistic and at the same time sad to see someone suffering from a harsh disease such as that. But why the movie has never been a big success? The answer is clear: Movies in North America are mostly an escape from reality for people who have to deal with a harsh life. Movies is like cigarette, alcohol and drugs, only less dose! That's why trashes such as Captain America, Dark Night and all other similar garbage have good earning. people tend to skip reality by watching movies not to go back to the troubles of their daily life!
(Photo: Robin William as a research physician is helping De Niro a patient who suffers from a chronic disease to use Ouija Board to communicate with him)
Movies Western Culture