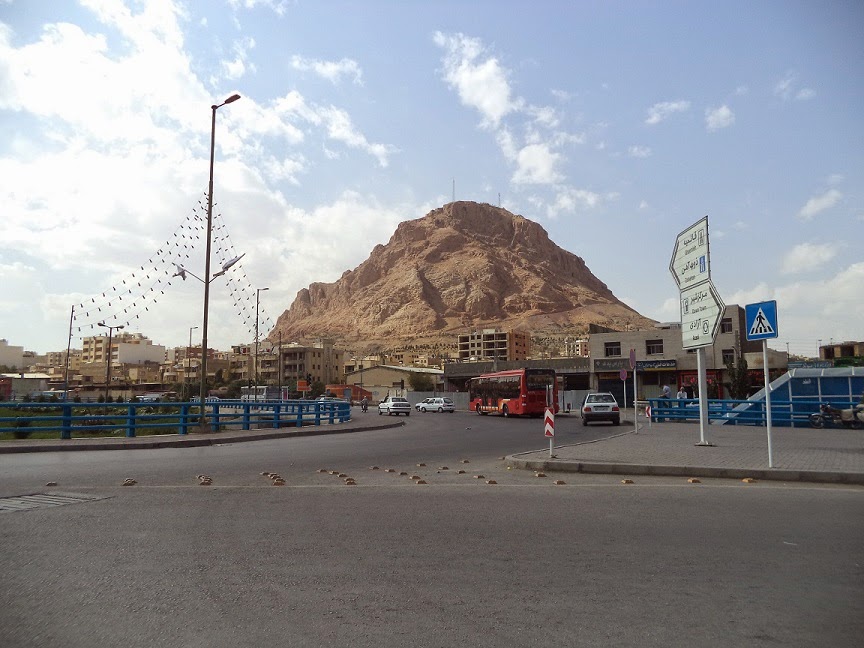 Woke up early because we had been to bed early. Fri. Is a disastrous day in Isfahan, I should say. The majority of the businesses either public or private are closed, I would say 99%. We just spent our time on chores. I turned the old PC of The Lady and we did a clean up for that. Then she wanted to scan a bunch of documents of hers and her siblings from the time they had been to primary school, junior, etc.  A few of the documents belong to the time that I had not been born! Food, or better to say homemade meal is usually the best time of the day in Iran. For today’s lunch we had Barely- Mushroom Soup and Eggplant-Whey Meal, both incredibly delicious.
In the afternoon I thought I should take a walk in the city so I got out around 03:00 PM. It was like you were walking in a graveyard! There was barely anyone on the street. It was a bit hotter than the previous days. I went all the way to where Zayandeh-Rood is supposed to be. It was very disappointing and sad to see the river is dried up. I don’t know what the real reason is but I've heard there are dams that authorities of other provinces use them for their province’s purposes. Let’s not discuss stuff like this here because the number of problems are so high that they cannot be simply discussed here in one or two posts.
(Photo, top: I took this picture before getting into cab where we had been to do a few administrative stuff. I do not know the name of the rock, unfortunately)
Food Travel