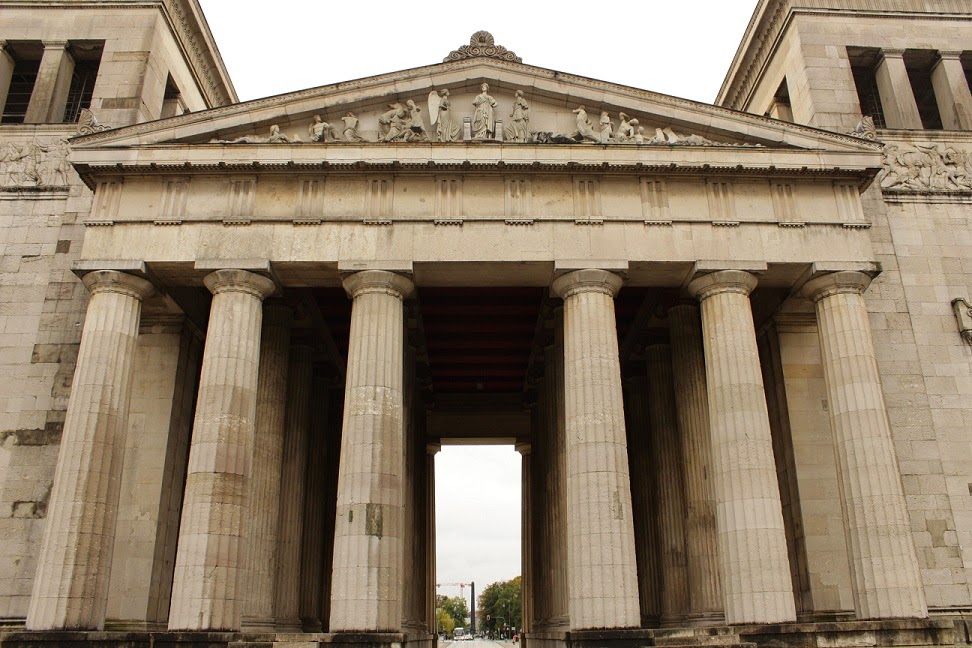 Munich is the birthplace of National Socialist German Worker's Party and there are still many buildings which have survived the fatal battles of the WWII and remind of German Nazis presence from late 1930s to mid 1940s. Berlin, of course, was damaged more intensively compare to other German cities and town but I don't know how Germans were resisting during the Allies invasion. I do not remember much about Koln as I didn't get the chance to view all around it due to being with a fucking jerk in my trip to that city but I will check at least 2 or 3 other German cities including Berlin and will read about them.
Konigplatz or King Place or better to translate to English The King's Square is one of the places in the city that has surviving buildings which were very liked by the Nazis and is still standing after 69 years of war and 152 years passing their construction. The place's history goes back to King Ludwig's era. He was one of Bavaria's kings that you see and here a lot about him in different place of the city including the Residenz and Nymphenburg Palace. Propylean which is a city gate in the complex of Konigplatz evokes an entrance by the same name in Acropolis of Athens.
There is also a museum in this neighbourhoad but I didn't visit it as I had already spent too much money! This place and its magnificence, as I stated earlier was a place for Nazi marches and Hitler even hosted Mussolini once. Getting to Konigplatz is easy as there is an U-Bahn station with the same name nearby.
(Photo, top: Propylaen gate in Konigplatz. Today there are traffic lights and raods around this gate but no car can actually go through it)
City Sightseeing History Travel