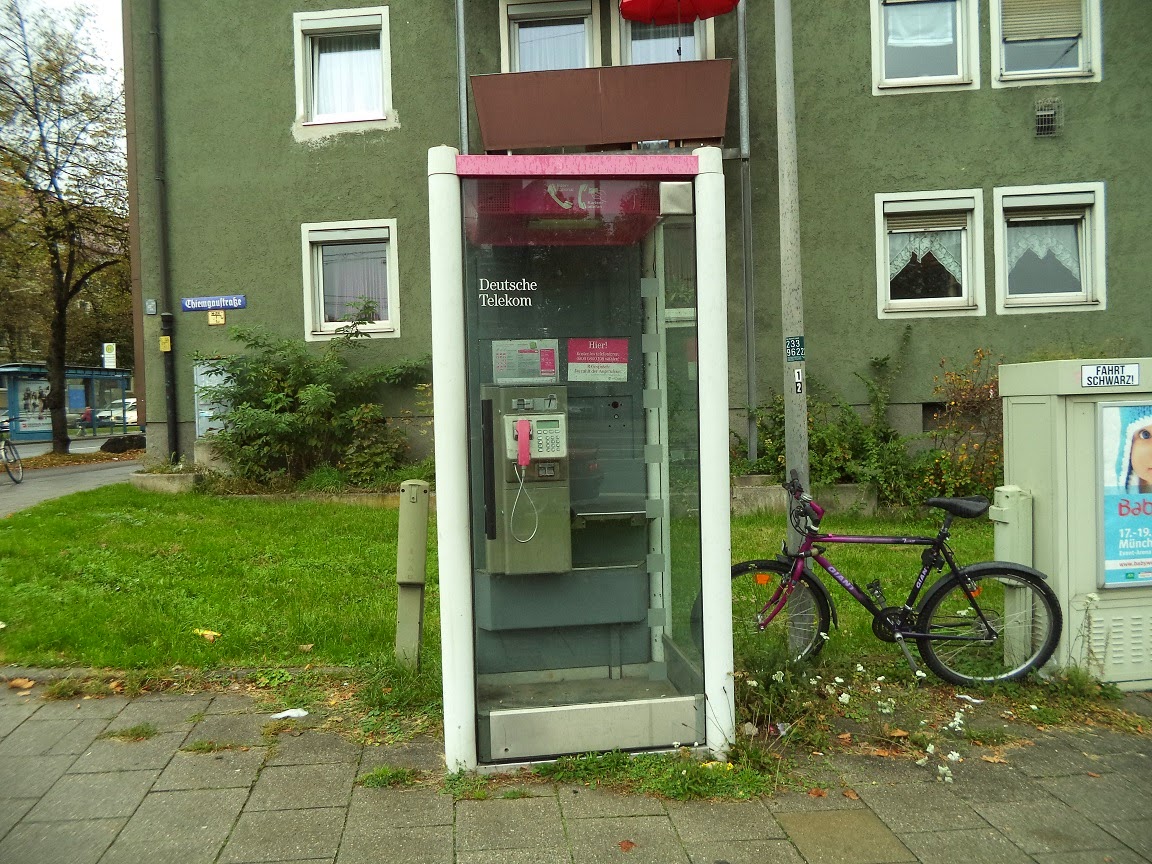 One of the problems I had during my trip to Bavaria was making telephone calls, either nationally, to my cousin whom I couldn't visit eventually and internationally to my family. It's rather stupid that there is no telephone in rooms of Bold Hotel! It means the hotels is designed for locals who have mobile phones only while I saw foreigners in the hotel as well. It is obvious that foreigners could simply get a SIM card or local mobile phone but that would be an extra cost which normally you do not want to pay if there's a telephone in the room. So every time I needed to make a phone call, I would go down to the reception desk and made it from their phone! Good thing is they had two sets!
Once I tried to make a phone call from a telephone booth of Deutsche Telecom, as soon as I picked up the receiver a message on the display asked for 20 cents and by 20 cents I mean 20 cents of Euro. I guess that was how much it asked and then I dialed the number and started speaking and that was when the machine started asking for more money almost every 15 seconds! I guess I talked for only 2 minutes and paid around 80 cents and the second I was late to insert the damn coin, the system would cut off the call!
I guess here in Canada if you put 30 or at most 50 cents you can talk for half an hour or maybe more. At least this is what I experienced last time in May this year. It is obvious that big telecommunication companies are trying on daily basis to empty the accounts and pockets of their customers by all the possible tricks they can use but at least have a decent service.
The other problem with the damn Deutsche Telecom booth was the messages you saw on the screen. There was an instruction in English in the booth but I had no idea what the numbers and abbreviations showing on the screen meant and there was no instruction for them!
So if you're travelling to Germany make sure you have your mobile phone with you and get a SIM card or service the moment you land or you end up using the reception desk's phone like I did or paying countless in the stupid booths!
(Photo: A Deutsche Telecom telephone booth close to my hotel in Geising area of Munich. I barely saw anybody go in there, maybe once. There was another one close to the station with a note of Out of Order, of course in German. I didn't see it fixed the entire 8 days I was there!)
Travel